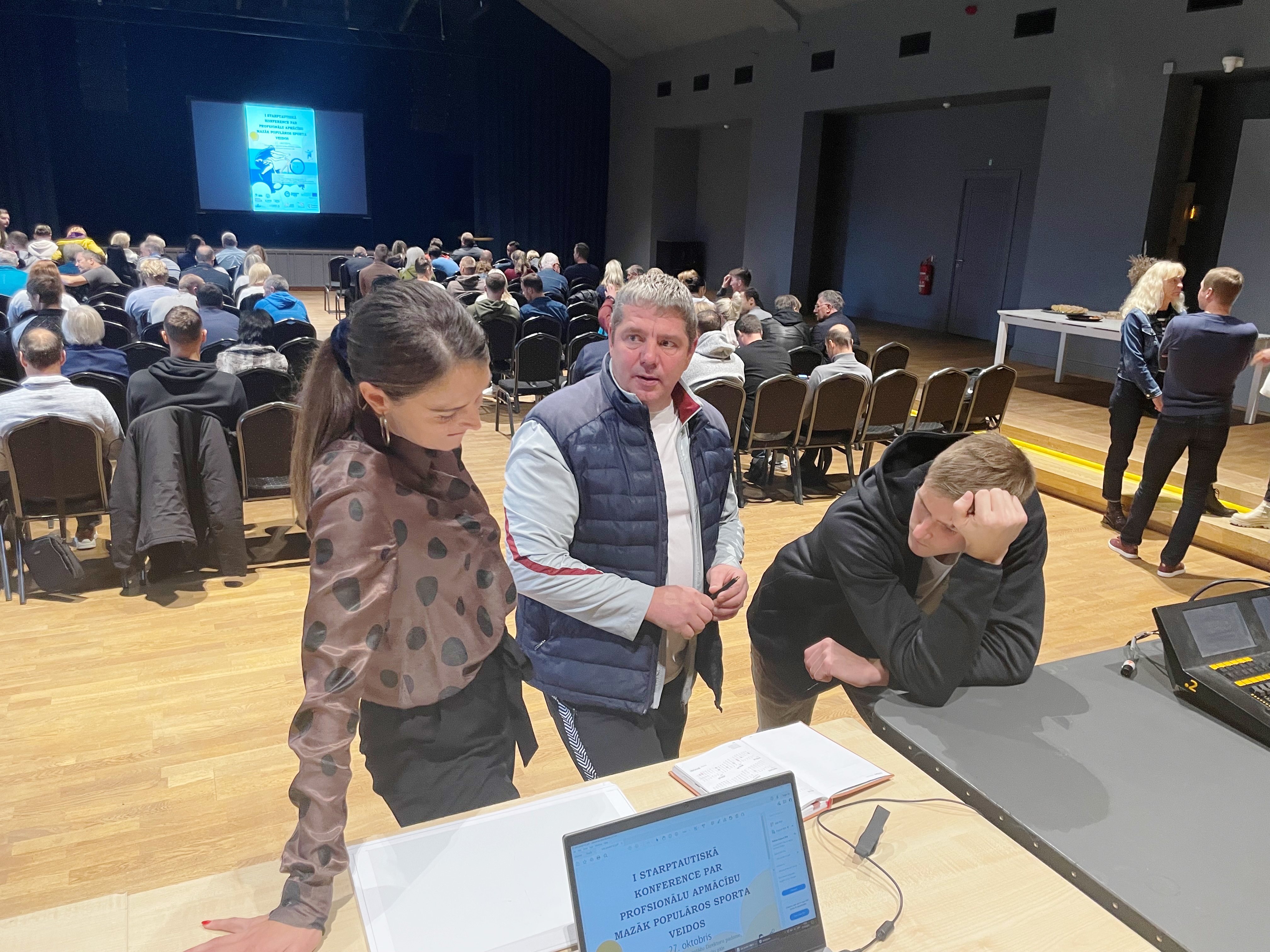 On October 27, the 1st International Conference on professional training in less minority sports took place in Valmiera, gathering more than 100 youth sports coaches. The conference was held within the framework of the Erasmus+ Sport program project "Training to Win" and took place in all 6 member states of the project - Spain, Latvia, Italy, Portugal, Slovakia and Malta.

The participants of the conference were addressed by the representatives of the "Training to Win" Latvian project team - leader Sandija Zaļupe and the BMX coach, rider and project ambassador of the Children and Youth Sports School of Smiltene Renārs Auga, colleagues were also supported by the BMX coach of the Valmiera Sports School Olafs Lakučs.

A short introduction was followed by an online lecture by Spain's Diego Grassa on mountain biking “Fox Racing Shox”. Later the speaker's baton was taken over by sports doctor Jānis Kaupe of “Olympic Unit of Latvia”. The doctor has worked with representatives of various sports, including BMX riders and bobsledders, which could be called minority, but no less important sports. At the conference, J. Kaupe spoke on the topic about the testing of physical characteristics, the physiological basis and applicability in daily training. After the lecture the participants of the conference asked the doctor many individual questions, which confirmed that the lecture was valuable and relevant.

PHOTO of the event

Information about the project is available in English on the website of the project "BMX - Training to Win" https://trainingtowin.eu/

The project is co-funded by the European Union.