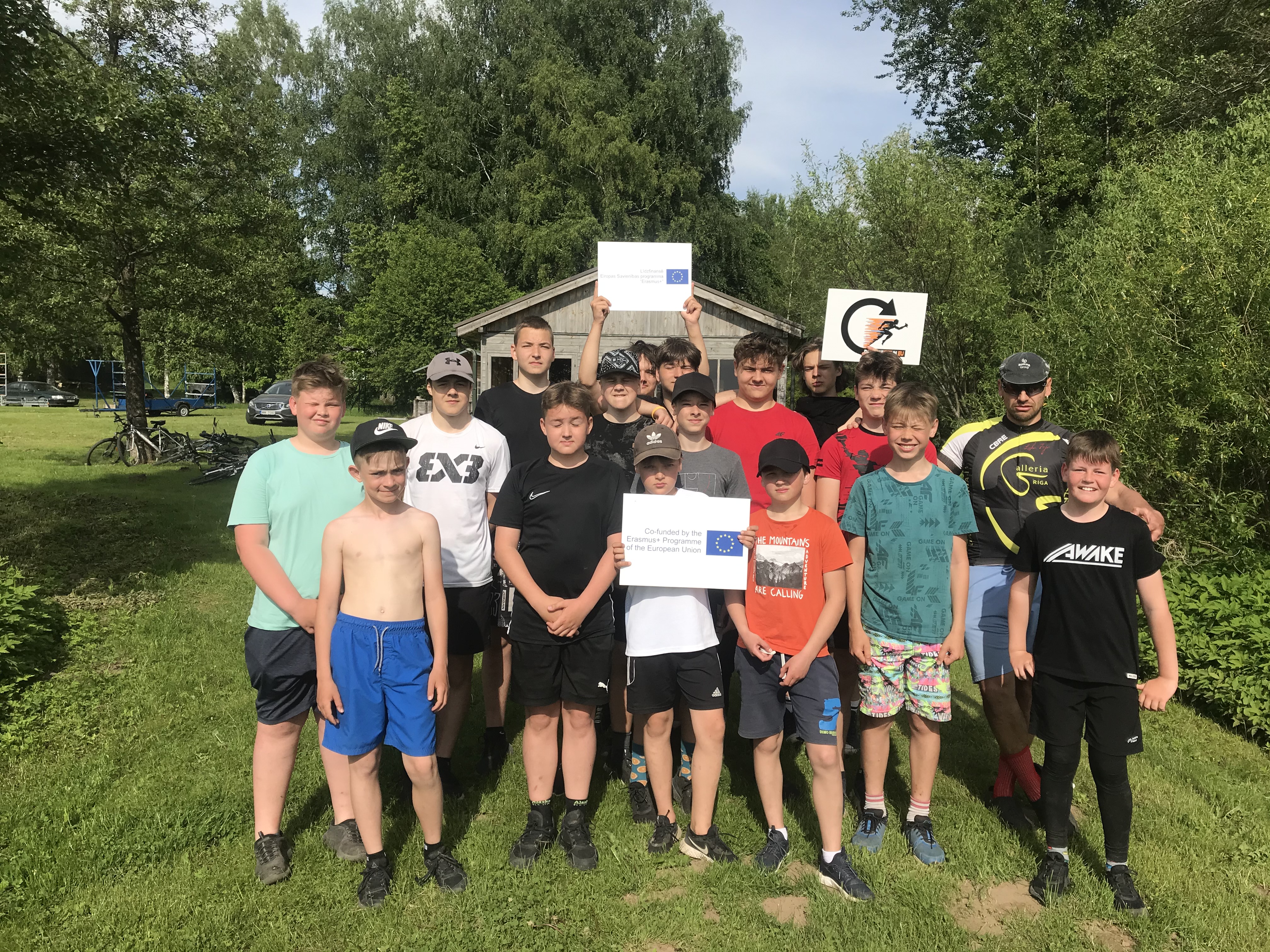 Cyclists had an opportunity to participate in the competition from May 11 to June 13. Athletes had to complete a 21.06-kilometer track at a convenient time. This has been done a total of 68 times. In an effort to improve his score, the fastest rider has completed the track up to eight times.

THE AWARD OF THE COMPETITION WILL TAKE PLACE ON FRIDAY, JUNE 18, AT 16:00 IN THE TERRITORY OF CANOE BASE!

The participants of the competition were divided into three age groups. In the youngest of them (up to 17 years) the victory was celebrated by Toms Upmalis, who finished the track in 1:28,09. In second place, three minutes behind the winner, ranked Reds Martinsons, and third place was won by Niks Feierbergs, whose time was 1:31,18.

In the girls' competition, two participants took part in the youngest group. First place was won by Aleksa Zaļupe with the time 1:11,42, but the second by Evelīna Paegle, who completed the track 10 seconds slower.

Kristaps Zaļupe, won not only the gold medal in his age group from 18 to 45 years, but also showed the fastest time of all participants. He completed the track in 39 minutes and 28 seconds. Valters Vīķis was slower by less than a minute, but the third place was won by Mārcis Ceijers.

In the ladies' competition with the time 52,42 the first place was won by Anta Bojāne, but the second best time 55,34 was shown by Elēna Silāja. The bronze medal goes to Liene Rozenberga, who finished the track in 1:14,50.

In the most experienced age group from 46 years and above, the first place in the men's competition was won by Māris Kreišmanis, whose time is 49,57. Pēteris Majors took the silver medal with the time 52,04, but the third place with the time 54,39 was won by Dzintars Breške.

For the ladies in this same age group there were two participants, the fastest of which was Liene Lipska with the time of 1:10,13, while the second place went to Sandra Upīte.

All the winners were contacted personally.

See the event in the photo gallery HERE and in video HERE.