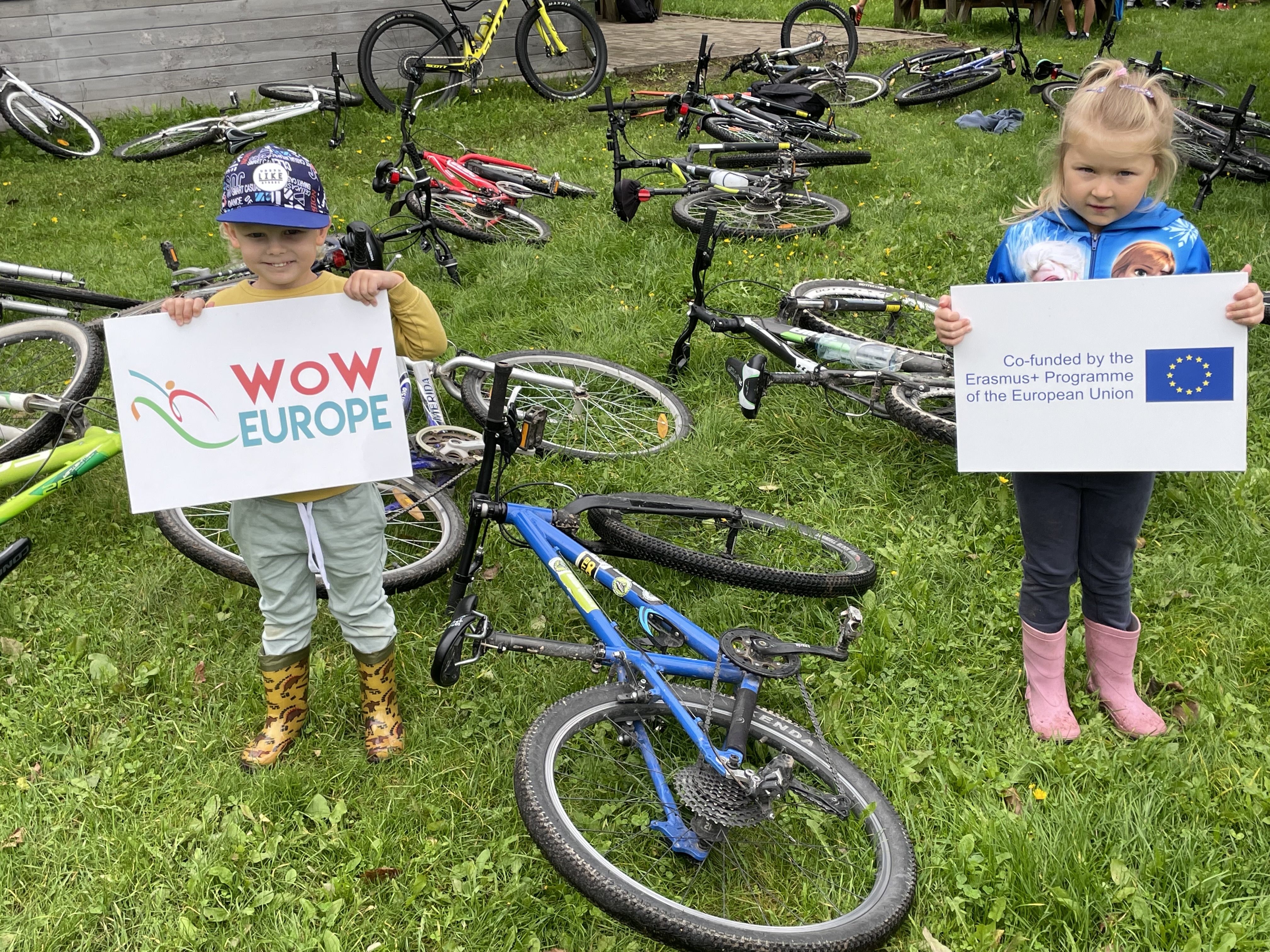 The greatest event of the WOW EUROPE project was activity PEDALIADA - a cycling event, held simultaneously in all ten participating countries. The event took place on the 11th September. Latvia held the event in Limbaži town in two simultaneous routes. The first route was scheduled around the town's lake 'Lielezers', which made a biking distance of 13 kilometres on remote, almost empty country roads and forest trails, which allowed to organize this route without helmets and make the event more joyful for children and young people to whom this route was meant. The other route was scheduled around the town Limbaži, making a cycling distance of 16 kilometres for grown-ups. Latvia covered 69 participants in total, which may be considered a high number taking into account that only six days prior to  the Pedaliada the greatest yearly cycling and mountain biking event 'Unity Ride' was held near Limbaži, leading one of the routes through Limbaži. Therefore, the initial aim of LSIIDP was to organize a simple event on the contrary to the yearly 'Unity Ride'.

Respondents of the feedback questionnaire confirmed that the event was joyful and that they would wish to participate in another one again.

Follow the event and what joy we had HERE.