SWOST: 40 Most Powerful Female Athletes of All Time I 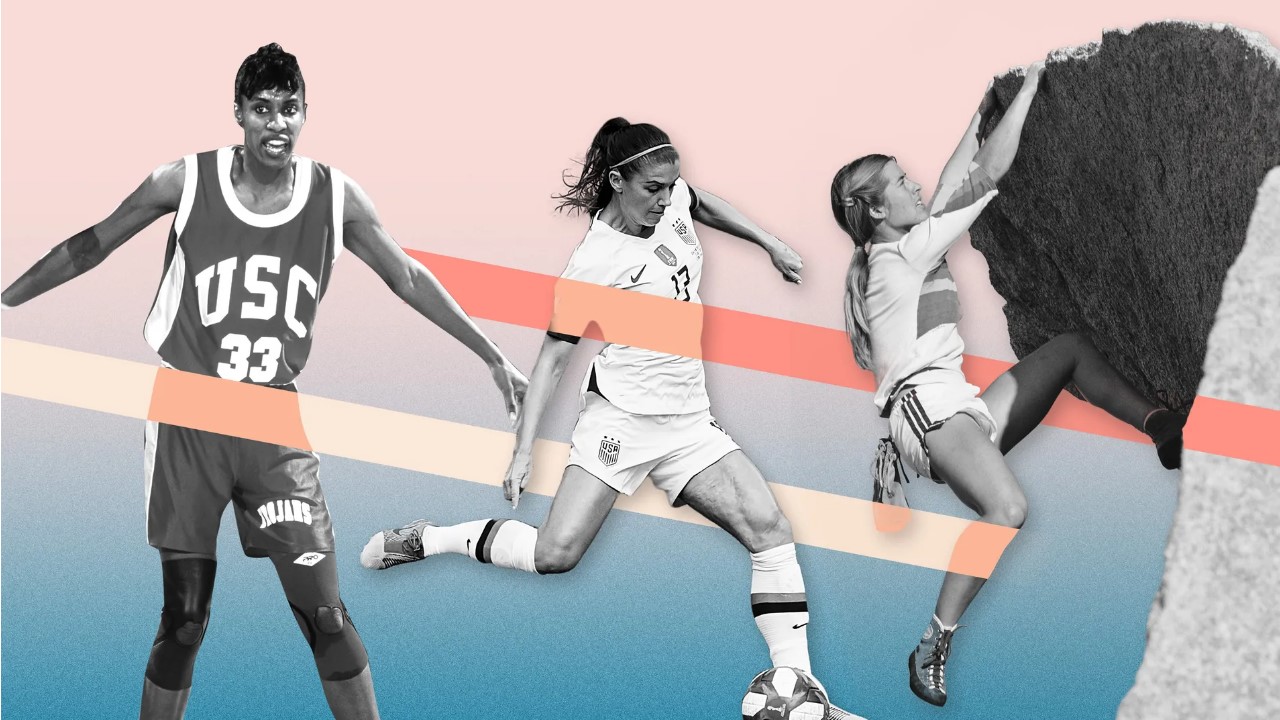 There’s no question that female athletes are strong. From climbing the highest mountains on earth to swimming in brutal ocean conditions to running 26.2 miles at blistering speeds, women have proved time and again that they’re capable of achieving seemingly impossible physical feats.

The following women are notable for their contributions to sports and, in many cases, their outsize impact on the broader culture too. Our hope is that in reading this (admittedly subjective) list, you’ll learn about some of the fiercest female trailblazers in history who have paved and continue to pave the road for athletes—and women—everywhere.
Here, in no particular order, the 40 most powerful women athletes of all time, listed by Glamour.com. Read further by opening the article link. 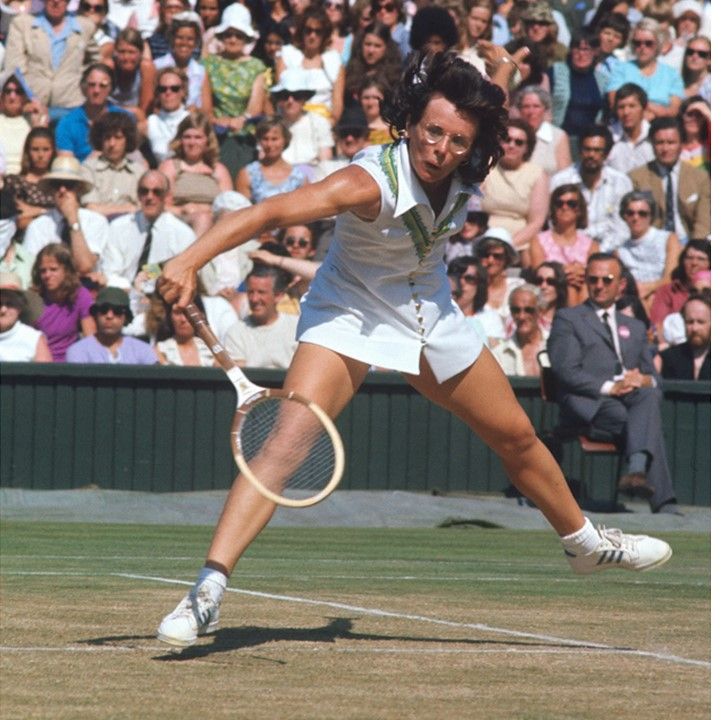 There are legends, and then there is Billie Jean King. The American tennis champion slash equality advocate, who won a whopping 39 Grand Slam championships in her career, deserves her own category of greatness. In 1973, King prevailed in the historic "Battle of the Sexes" tennis match against self-described male chauvinist pig Bobby Riggs, a victory that went a long way toward upending the idea that female athletes aren’t just as tough as men. That same year she organized a meeting that led to the creation of the Women’s Tennis Association and threatened to boycott the 1973 U.S.Open if men and women winners were not paid the same.

The ultimatum worked: Later that year the U.S. Open became the first major tennis tournament to offer equal prize money. In the time since, King, now 76, has continued to break barriers and push the envelope on equality. In 2014 she founded the Billie Jean King Leadership Initiative, which promotes diverse and inclusive leadership. And as one of the first athletes to be publicly outed, King has been a longtime advocate for LGBTQ+ rights. Recently she joined others in calling for Margaret Court Arena, a show court on the grounds of the Australia Open, to be renamed because of Court’s views on homosexuality. “I think it’s really important if you’re going to have your name on anything that you’re hospitable, you’re inclusive, you’re open arms to everyone that comes,” she said, according to the New York Times. 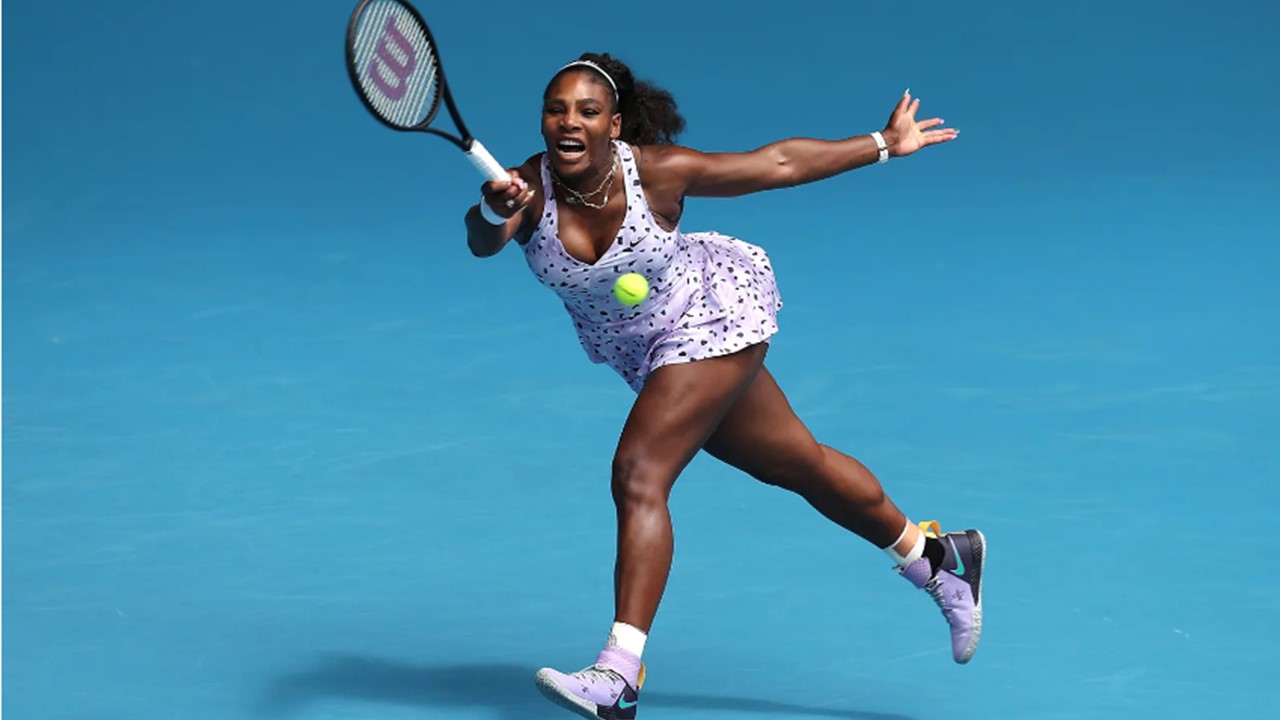 At this point in her legendary career, we have just one question for tennis superstar Serena Williams: Is there anything she can’t do? Among the 38-year-old’s Rolodex of achievements: 23 Grand Slam singles titles, 14 Grand Slam doubles titles with sister Venus, and four Olympic gold medals. In December, the Associated Press named her the Female Athlete of the Decade, writing, “Serena Williams dominated the decade, on the court and in conversation.”

Along the way, she’s kept it refreshingly real. Since giving birth to her daughter, Alexis, in 2017, she’s been candid about the pressures and frustrations of motherhood. In 2018, Williams opened up about the life-threatening complications she faced following Alexis’s birth, raising awareness for the maternal mortality crisis facing black women in America in the process. Last year she penned a powerful essay for Harper’s Bazar that discusses, among other things, the times she’s faced discrimination during her career. “In short, it’s never been easy,” Williams wrote. “But then I think of the next girl who is going to come along who looks like me, and I hope, 'Maybe, just maybe, my voice will help her.’” 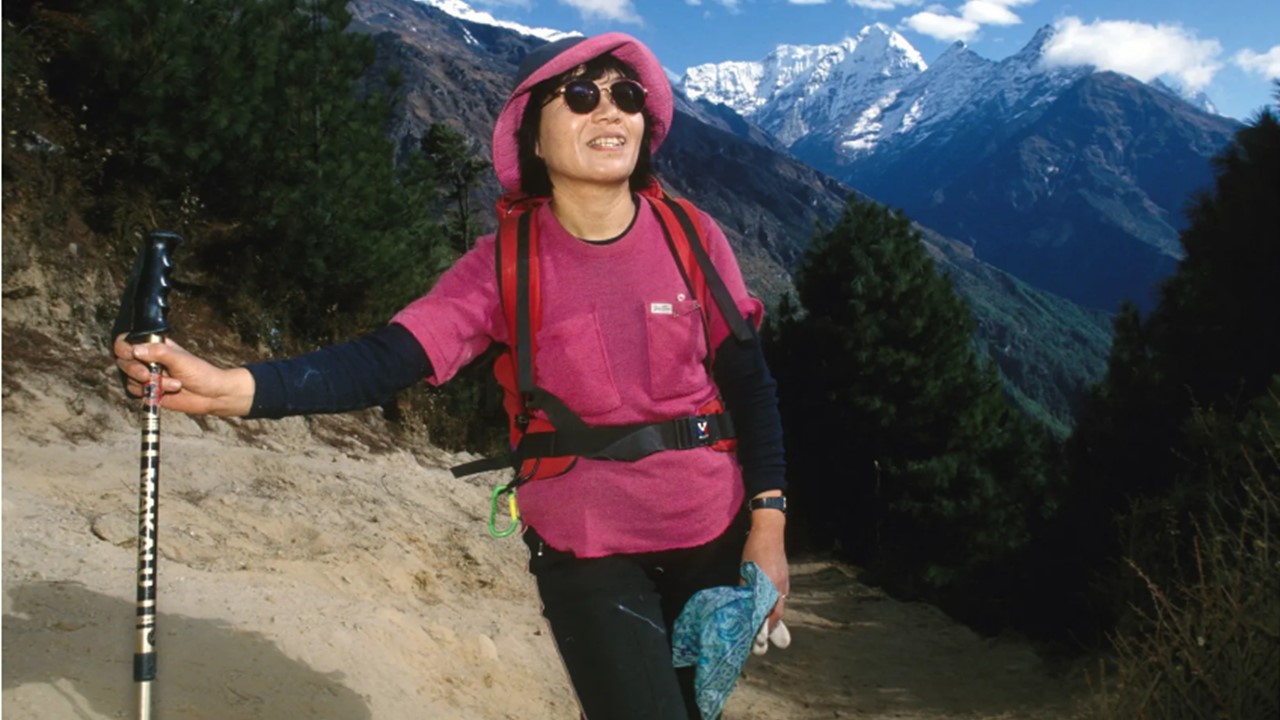 Japanese mountaineer Junko Tabei became the first woman to summit Mount Everest in 1975, shattering the gender barrier in her sport by climbing the world’s tallest peak. But Tabei, who six years earlier had founded the first women’s climbing club in Japan during an era when most such groups were men-only, wasn’t all that impressed. “I can’t understand why men make all this fuss about Everest,” she allegedly said. “It’s only a mountain.”

More women than ever are following in her footsteps, with women representing 20% of Everest climbers in 2019—the most ever in history, according to Outside. After Everest, Tabei went on to scale many more enormous mountains and, in 1992, became the first woman to have stood atop the Seven Summits, i.e., the tallest peaks on the seven continents. This OG pioneer of women’s mountaineering died in 2016 at age 77 after summiting the highest peaks in more than 70 (!) countries. 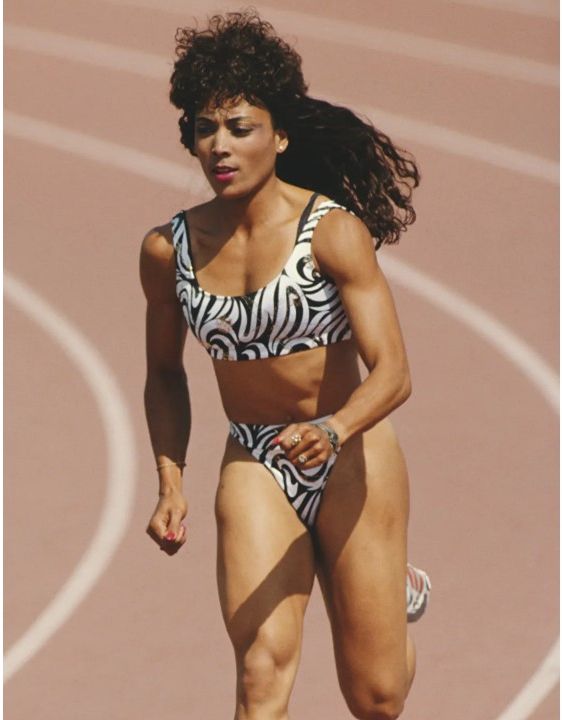 Her time in that race of 10.49 seconds was faster than the men's records in multiple countries, including Ireland, New Zealand, Norway, and Turkey. Just a few months later, FloJo further etched her name in the history books at the 1988 Olympics by winning four medals (three gold, one silver) and setting records in the 100-meter and 200-meter that stand to this day. FloJo died in 1998 at age 38, but her records, style, and legacy live on. 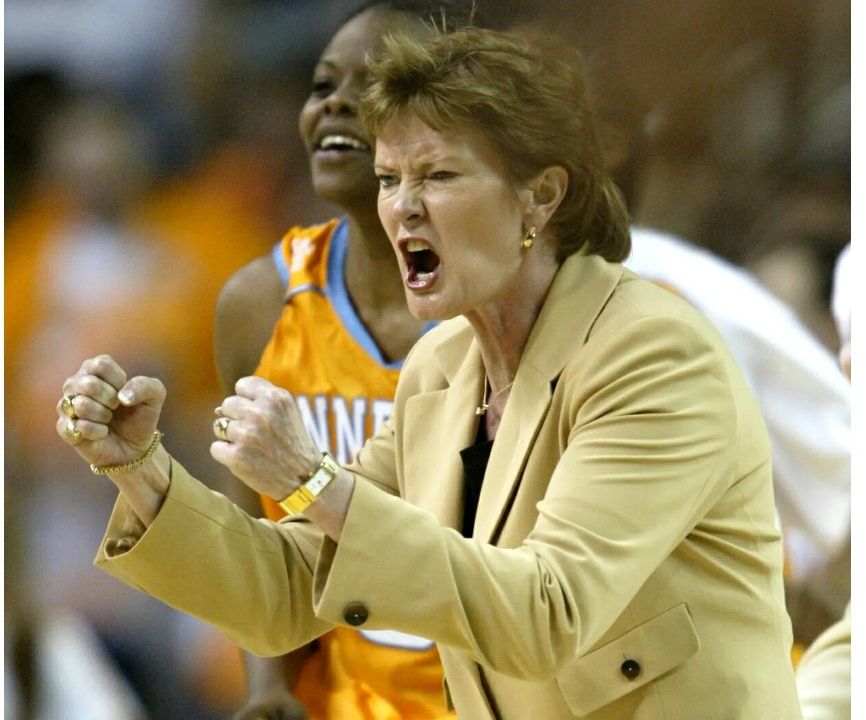 Just two years after the passage of Title IX in 1972, Pat Summitt assumed the head coach position of the Lady Vols at the University of Tennessee at Knoxville. There, she went on to lead the team to an astounding eight NCAA championship wins, including a then unprecedented three-peat performance in 1996, 1997, and 1998. In 2009, Summit, a former player herself who cocaptained the women’s silver-medal-winning basketball team at 1976 Olympics, became the first men’s or women’s NCAA basketball coach in history to achieve 1,000 career wins.

Just two years later, the decorated leader was diagnosed with Alzheimer’s disease but proceeded to coach one more season while raising awareness for the illness. “Her legacy is not only for her basketball playing and coaching career, but for the emphasis on finding a cure for Alzheimer's,” says Paula D. Welch, professor emeritus in the College of Health and Human Performance at the University of Florida and a sports-history researcher. Summitt died in 2016 at age 64; the Pat Summitt Foundation, which she and her son Tyler founded in 2011 to help find a cure for Alzheimer’s, continues on. 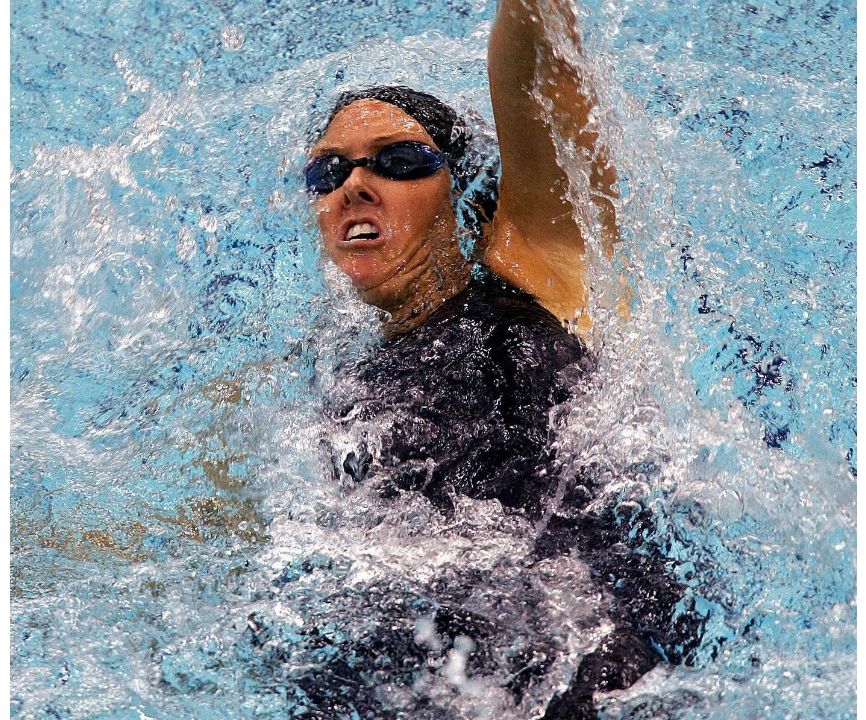 With a jaw-dropping 55 medals (including 41 golds) to her name, swimmer Trischa Zorn is the most decorated Paralympian. Ever. Blind since birth, Zorn began swimming at age 10 and burst onto the Paralympic scene at the 1980 Games, winning seven gold medals and setting three world records. Eight years after she retired from the sport, Zorn was inducted into the Paralympic Hall of Fame in 2012, becoming the first American woman to receive such an honor.

But Zorn’s impact extends well beyond a chlorinated rectangle. Among other service-oriented work, she’s mentored and helped American military service members get involved in Paralympic sports and other activities, per Team USA. “I see people who come back [from military tours] with injuries and it really inspires me to make them appreciate what they have and to make them understand that whatever you set your mind to, you can do,” she said during her induction into the Hall of Fame. 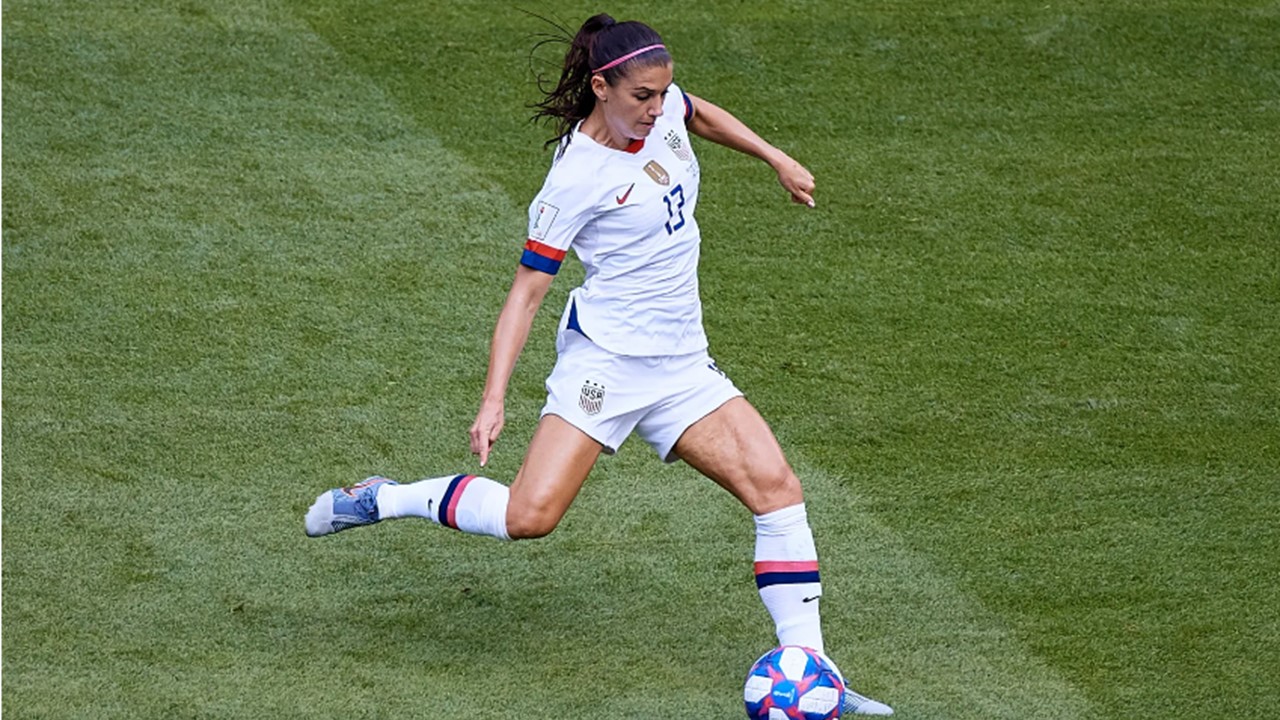 As one of the most prolific scorers in the history of U.S. soccer, forward Alex Morgan is an unstoppable force—both on and off the field. During the 2019 FIFA Women’s Soccer World Cup, Morgan netted a record-breaking five goals in a single game; ignited the internet with her post-goal tea sipping; and stood up to critics who deemed her celebrations “disrespectful.”

But the 30-year-old’s fight for parity goes much further. Last March, when the U.S. Women’s National Soccer Team filed a class-action lawsuit against the U.S. Soccer Federation over allegations of gender discrimination, Morgan’s name was the first one of 28 listed on the suit. “We’re very grateful for what we have, but we’re definitely demanding what we deserve,” the star forward previously told Glamour. “My hope is that the next generation will be able to have [total equality]—it will just be a given.” 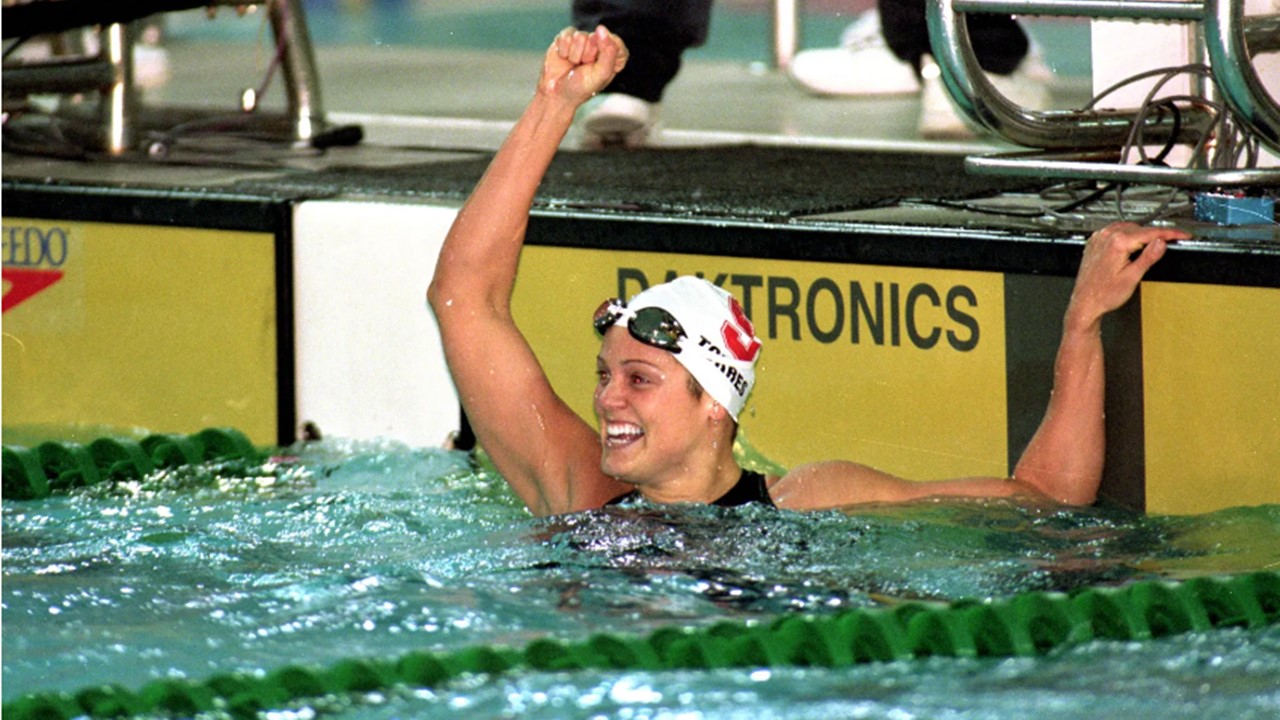 Where to even begin with swimming goddess Dara Torres? The former world-record holder in the 50-meter freestyle competed in a stunning five different Olympic Games, becoming the first American swimmer to ever do so. Torres is also the oldest swimmer in history to bring home Olympic hardware—during the 2008 Beijing Games, the then 41-year-old bested much younger competitors to nab three silvers.

Between all those accomplishments, it’s hard to believe that Torres, a 12-time Olympic medalist, hung up her suit for years before making comebacks in 1999 and 2006. But her final resurgence wasn’t about a medal. "For me, it's about trying something that no one my age has done before, and to hopefully open doors for other athletes who may have closed them because they felt they were too old,” Torres told Glamour before the 2008 Games. “You can't put an age on your dreams." 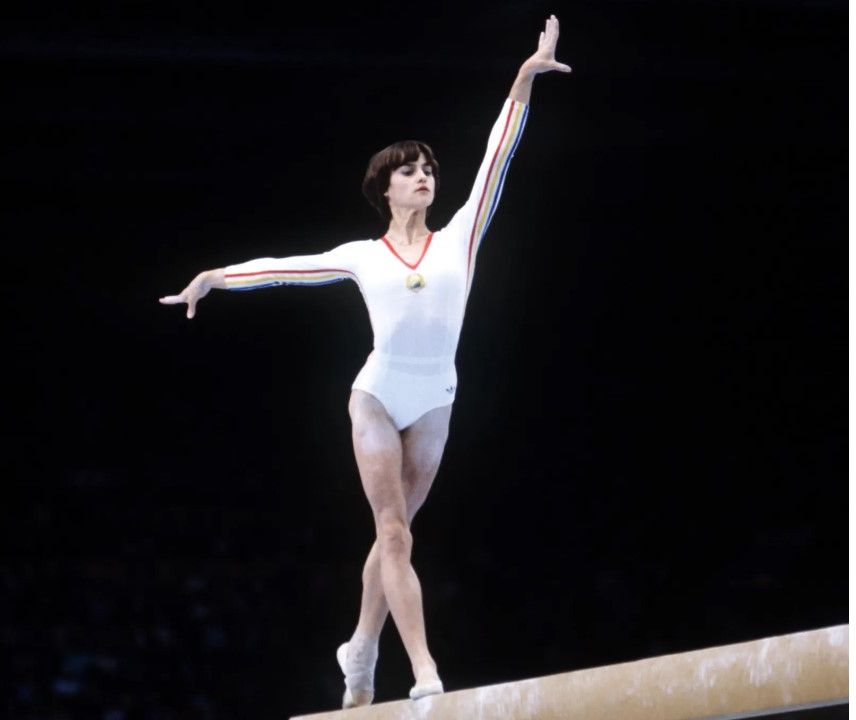 Let’s start with the perfect 10, shall we? At age 14, Romanian gymnast Nadia Comăneci shattered the definition of possible in gymnastics, earning the first perfect score ever awarded at the Olympics for her mesmerizing performance on the uneven bars during the 1976 Montreal Olympics. The young phenom went on to nab that flawless number six more times during the competition and became the youngest all-around Olympic gold medalist ever, cementing her status as goddess of the ’76 Games.

In the ultimate sign of Comăneci’s influence, the song that accompanied her floor exercises was renamed “Nadia’s Theme (The Young and the Restless)” and garnered international popularity, earning a Grammy Award in 1977. The trailblazer went on to win two more golds and a silver at the 1980 Olympics before retiring in 1984 with nine Olympic medals to her name.

Since then, Comăneci, who became an American citizen in 2001, has paid it forward: She’s served on the Special Olympics International, Muscular Dystrophy Association, and Laureus Sports for Good Foundation Board of Directors, and also supported numerous charities in Romania, including the Nadia Comaneci Children’s Hospital in Bucharest. 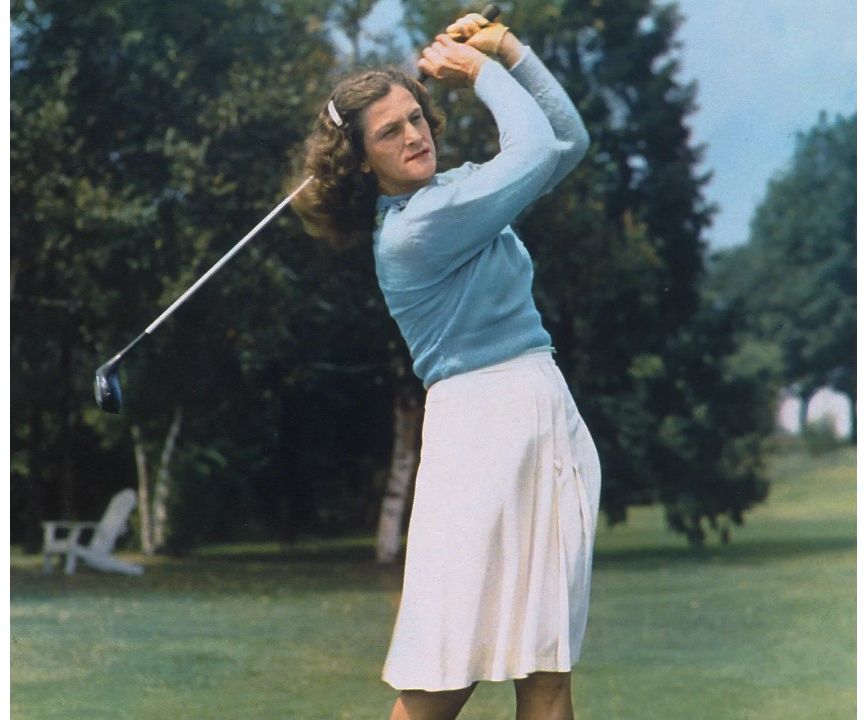 In an era when women were not encouraged to participate in sports, American Olympian Babe Didrikson Zaharias excelled in essentially all of the sports—from track, swimming, softball, and tennis to baseball, basketball, boxing, golf, and more. The confident competitor (who once told the New York Times that there was no other woman “who rivals me very closely as an athlete”) won three medals in track and field at the 1932 Olympic Games.

But with that success came sexism. One sportswriter wrote: “It would be much better if she and her ilk stayed at home, got themselves prettied up, and waited for the phone to ring,” per Britannica. Despite the criticism, Didrikson Zaharias kept on doing what she did best: winning. She became a professional golfer, helped found the Ladies Professional Golf Association, made history as the first woman to compete in a men’s golf tournament, and won a whopping 31 tournaments, including several after receiving a colon cancer diagnosis. Didrikson Zaharias died from the disease in 1956, but her legacy lives on: In 2000, Sports Illustrated named her a top athlete of the 20th century.