SWOST: 40 Most Powerful Female Athletes of All Time III 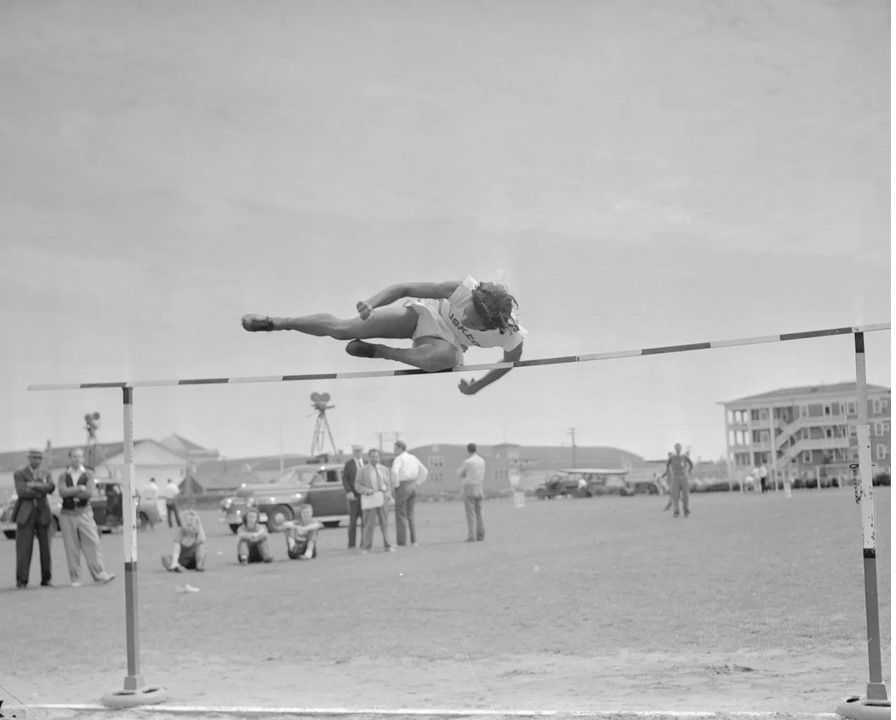 Before the summer of 1948, a black woman had never won Olympic gold. Alice Coachman broke that barrier by launching herself to first place in women’s high jump at the 1948 London Games, a victory that marked one of “the most important turning points in terms of visible black womanhood and black women becoming symbols of American heroism,” says Bonnie J. Morris, a lecturer in the department of history at U.C. Berkeley and professor emeritus of women's studies at George Washington University.

The historic win also opened doors for other black women in sports. “At a time when there were few high-profile black athletes beyond Jackie Robinson and Joe Louis, Coachman became a pioneer,” wrote the New York Times in Coachman’s 2014 obituary. “She led the way for female African American Olympic track stars like Wilma Rudolph, Evelyn Ashford, Florence Griffith Joyner, and Jackie Joyner-Kersee.” Though the 1948 Olympics marked the end of Coachman’s track-and-field career, she continued to make an impact on the lives of others, becoming an elementary school teacher and founding the Alice Coachman Track and Field Foundation to help young athletes and former competitors, per the Times. 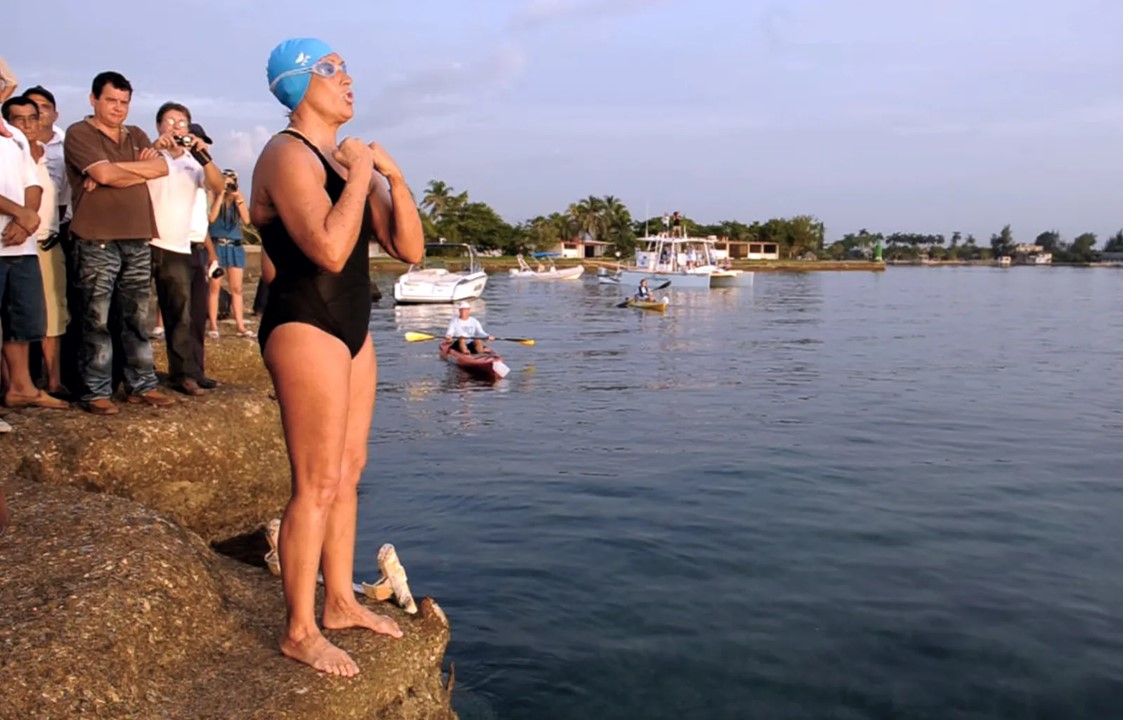 In 2013, Diana Nyad did what no human in history had ever done before. The then 64-year-old swam unaided more than 100 miles from Florida to Cuba, spending over two full days in the water—without the safety and assistance of a shark tank. Soon after finishing the history-making swim, which Nyad had attempted five times before, she stood on the beach and spoke to the crowd that had gathered. "I have three messages: One is, we should never, ever give up,” she said, per NPR. “Two is, you are never too old to chase your dream. And three is, it looks like a solitary sport, but it takes a team.”

“She’s my heroine,” says Morris of Nyad, noting not only the record-breaking swim but also Nyad’s outspokenness about the sexual abuse of swimmers. In November 2017, at the start of the #MeToo movement, Nyad penned an op-ed for the New York Times in which she discussed how, as a young athlete, she and her teammates had been repeatedly molested by their male swim coach. “Tell your story,” Nyad wrote, urging other victims to speak out. “Let us never again be silenced.” 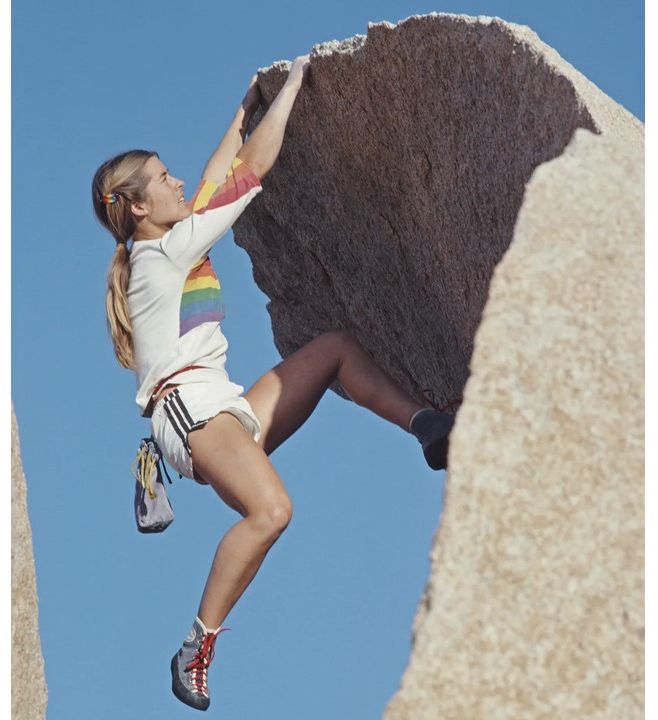 Considered to be one of the best rock climbers in the world, Lynn Hill made history in 1993 when she became the first person in the world—man or woman—to free climb The Nose, a steep, exposed route on Yosemite’s legendary El Capitan. The next year she repeated the feat in less than 24 hours (previously, it’d taken her four days). “It had been an objective for so many people for so long, and it hadn’t been done, and I was really proud to be a woman,” Hill said in a TV segment with Inside Edition. The barrier-busting feat, which wasn’t repeated for 12 years, had a profound and long-lasting impact on the sport. Hill’s ascent of The Nose “was thrilling for both men and women to hear, though especially so for the latter,” Alison Osius wrote for Outside in 2016. “Almost no women at the time could climb as hard as the top men of the day. It brought renewed national and international interest toward what new realms of climbing were possible on the big walls of Yosemite, and it helped inspire the top technical climbers to broaden their skill sets in ways still being manifested today.” 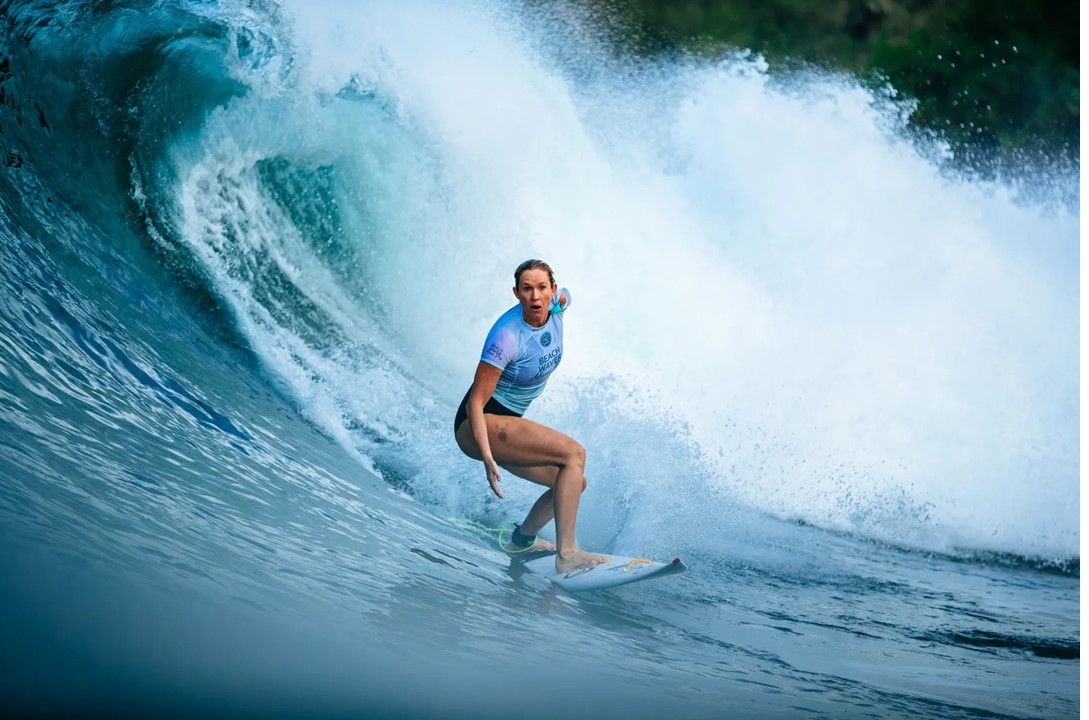 Competitive surfer Bethany Hamilton was just 13 years old when she lost her arm in a shark attack in Kauai, Hawaii. The 2003 incident, which made international news, transformed the young teen into a symbol of resilience and inspiration, especially when Hamilton hopped back onto her board for competition less than one month after the incident. Two years later Hamilton became a national champion. Her story inspired a 2011 Hollywood film (Soul Surfer) and a 2019 documentary (Bethany Hamilton: Unstoppable).

Now 30, Hamilton is a pro surfer, motivational speaker, author, member of the Surfers’ Hall of Fame, and mother of two. “Ultimately I'm driven by my passion and love for riding waves,” Hamilton told NPR last year. “You know, so many people are like, ‘Why would you get back into the ocean with sharks?’ and I'm like, ‘Well, I just have more fear of losing this love that I have for riding waves.’" 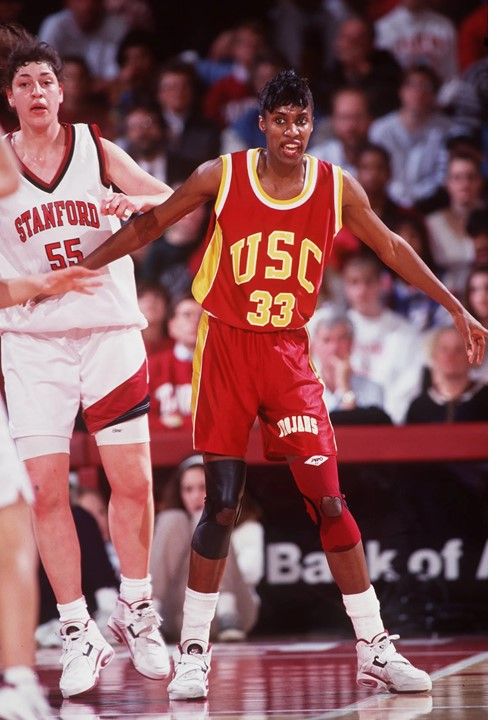 In 2002, Lisa Leslie demolished a gender barrier in basketball when she became the first woman to slam-dunk in a WNBA game. That moment (which you can witness here) is just one of the Leslie’s many awe-inspiring accomplishments. The seriously talented athlete is also a four-time Olympic gold medalist, three-time MVP of the WNBA, two-time FIBA World Cup gold medalist, and 2002 World Cup MVP. By the time Leslie retired in 2009, she was the league’s career leader in scoring and rebounding, according to the New York Times.

“I don’t think there’s an athlete on the court today or in this league or in youth leagues all around this country who don’t owe a debt of gratitude to Lisa Leslie, or don’t look up to her as an iconic figure in women’s basketball,” Donna Orender, former president of the WNBA, said in 2009, per the Times. “She has been one of the great competitors, the most fierce competitor.” 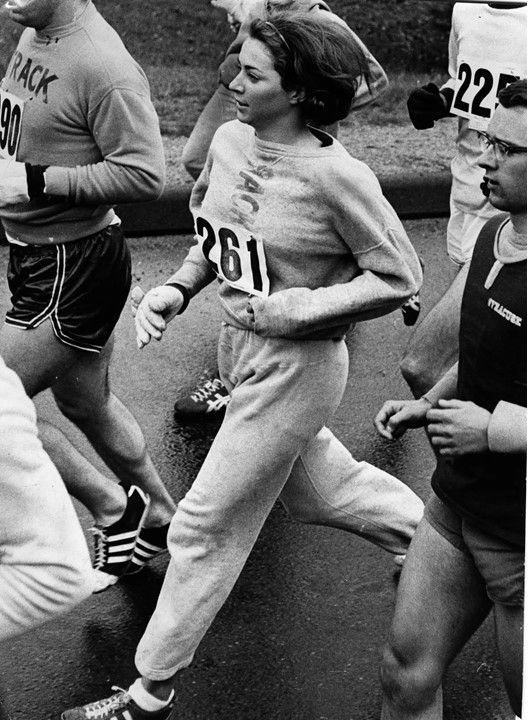 The Boston Marathon is arguably the most prestigious road marathon race in the world. But for more than seven decades after its inception in 1897, the field was open only to men. In 1967, Kathrine Switzer challenged those assumptions by running—and finishing—the iconic race, which at that time was still a men-only competition (another woman, Roberta Gibb, ran the race the year before but didn’t have a bib). Less than two miles into the race, which Switzer had registered for under the gender ambiguous name “K.V. Switzer,” an official tried to tear off her bib, but Switzer’s boyfriend body-blocked the aggressor. The moment was captured in iconic photos and shared in the media, and change soon followed.

Five years after Switzer’s historic finish, the Boston Marathon expanded entry to women, a crucial step in the fight toward equality in running. As more women started running marathons, Switzer continued to race (she won the New York Marathon in 1974, among other accomplishments) and also launched the Avon International Running Circuit, which hosts women-only races in 27 countries. In 2017, Switzer ran the Boston Marathon again—50 years after her historic first finish. That year she had more female company: Nearly half of all finishers were women. 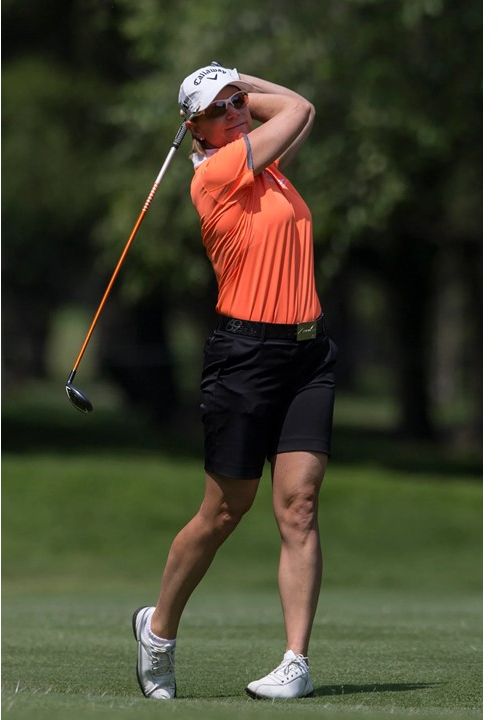 Swedish American Annika Sörenstam is one of the best golfers in history, winning a standing-ovation-worthy 72 Ladies Professional Golf Association events during her career. Perhaps one of her best-known moments, however, came when she broke the gender barrier by playing in what is typically a men-only competition. At the PGA Tour’s 2003 Bank of America Colonial event, Sörenstam teed up alongside the best male golfers in the world, becoming the first woman to do so since Babe Zaharias Didrickson in 1945.

Though Sorenstam missed the cut in that competition, her mere presence signified something greater. “Colonial was my mission,” Sorenstam said after announcing retirement. “It was my path, my journey, and I felt like people accepted that, ‘Hey, she’s an athlete, and she wants to get better.’ I’ve always let my clubs do the talking. And I felt like people accepted me for that.” 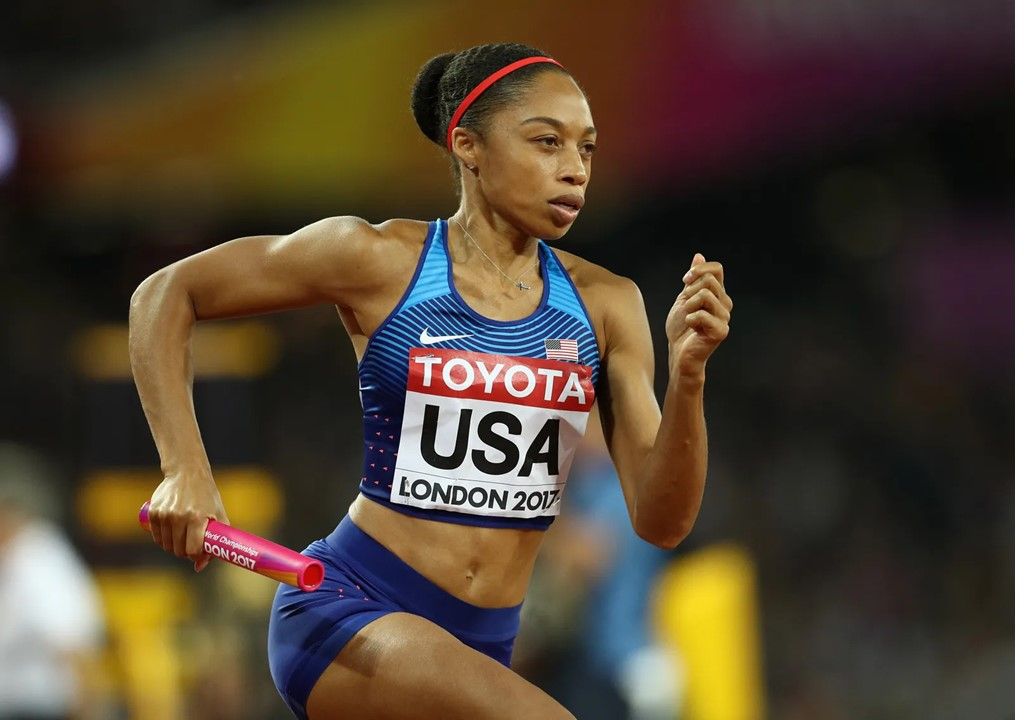 In 2019, the six-time Olympic gold medalist won her 12th gold medal at a track-and-field World Championship—breaking a record set by Usain Bolt in the process just 10 months after giving birth via C-section.

Through her dominance in track and field and advocacy for women—particularly mothers—in sports, Felix is helping spread an important message: Women can be mothers and world-class athletes. Previously in 2019, Felix took another step forward for athletes-slash-mothers when she followed the lead of fellow Olympians Alysia Montaño and Kara Goucher and called out Nike’s lack of support for pregnant women and mothers. “What I’m not willing to accept is the enduring status quo around maternity. I asked Nike to contractually guarantee that I wouldn’t be punished if I didn’t perform at my best in the months surrounding childbirth,” she wrote in a New York Times op-ed in May. “I wanted to set a new standard. If I, one of Nike’s most widely marketed athletes, couldn’t secure these protections, who could?” This time the athletic apparel behemoth listened. In August the company announced a new maternity policy for all sponsored athletes that guarantees pay and bonuses for 18 months surrounding pregnancy. 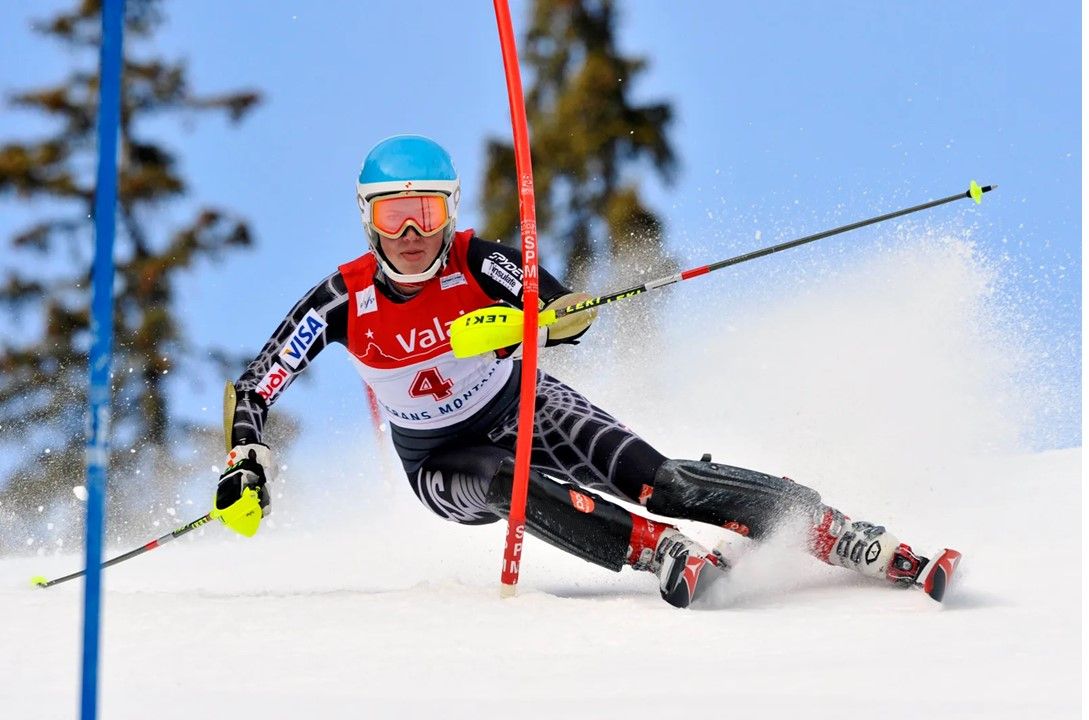 With two Olympic gold medals, three World Championships, and 66 World Cup wins (and counting), Mikaela Shiffrin is one of the best Alpine skiers in history. After a record-shattering 2018–2019 season, Shiffrin put herself on pace to win as many as 125 World Cup races, which would eclipse the current career record by 39 (!), per the New York Times.

“I want to get to this coming season [the 2019–2020 season] and still be one of the top racers, but also be pushing my own limits, pushing the limits of the sport, and pushing the other girls to push themselves,” Shiffrin told Glamour in 2019. In other words, she’s here to not only better herself, but to inspire others and elevate the entire sport in the process. Now that’s a living legend in the making. 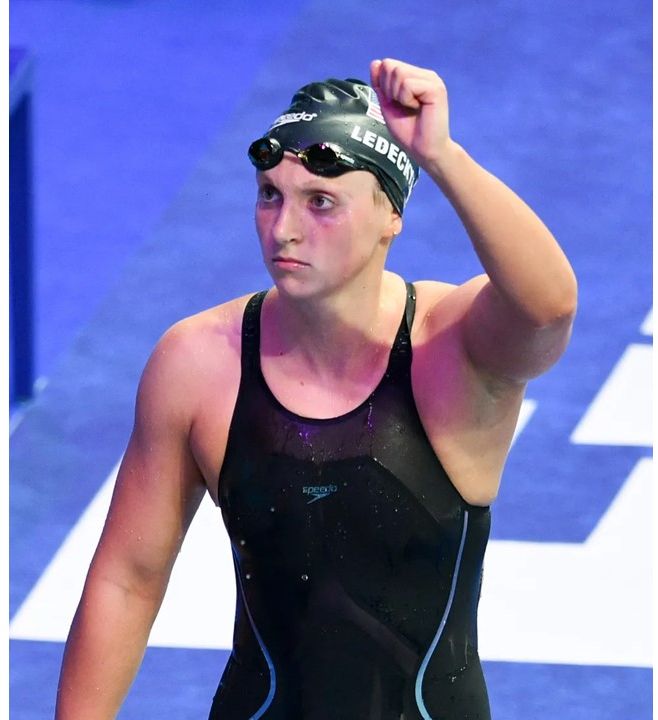 When we typed “Katie Ledecky swimmer” into Google, the search platform informed us that people also ask, “How do you swim like Katie Ledecky?” And that inquiry makes perfect sense. Because when you wow the world by winning your first gold medal at age 15 (800-meter freestyle at the 2012 London Olympics), and then defend the title four years later in Rio, finishing an astonishing 11 seconds ahead of the silver medalist and setting a new world record in the process, of course people will want to emulate your greatness. And in that way, the 23-year-old freestyle phenom is bigger than just blazingly fast swims—she’s an icon and idol for the next generation of young swimmers. “In the next Olympics, the newest, fastest swimmer will be the next Katie Ledecky instead of the female Michael Phelps,” Lea Davison, two-time Olympic mountain biker, told Glamour in 2016.