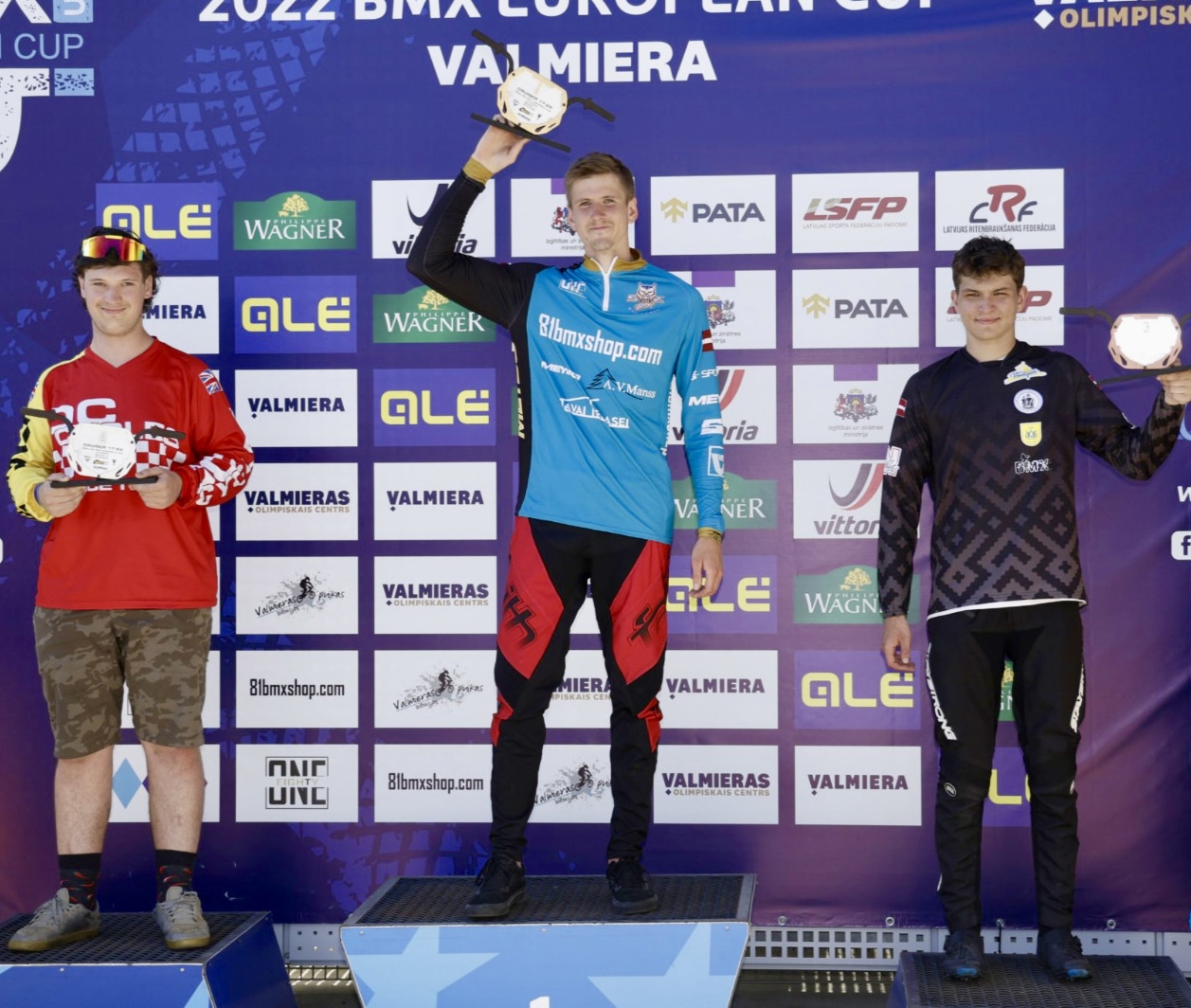 BMX: ambassador of the project “Training to Win” Renārs Auga - winner of the BMX Latvian Cup 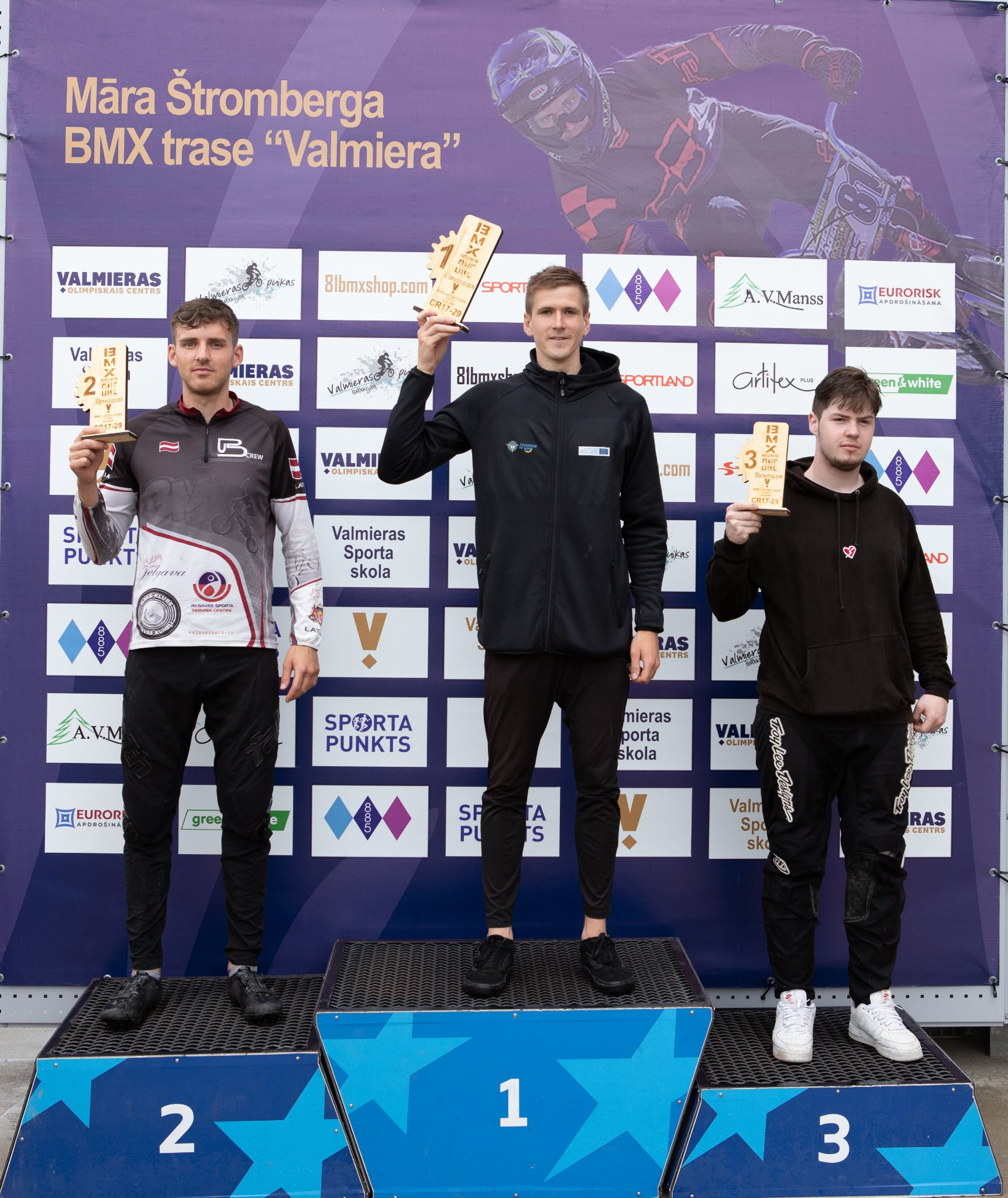 BMX rider and ambassador of the project “Training to Win” Renārs Auga has won the 4th stage of the Latvian Cup BMX, which took place on June 18 in Valmiera. The project team of Latvia is very proud of Renārs' success, which is based on purposeful training work, excellent sports shape, experience and knowledge. Renars not only drives BMX, but also as a coach he trains the younger generation and at the same time obtains higher education as a sports coach, thus clearly bringing the goals of “Training to Win” to life and setting an example for young athletes.
The project partners: the Board of Directors of Latvian Sports Education Institutions (Latvia), CLUB BMX School - Zaragoza (Spain), Universidad San Jorge (Spain), UVP - Federação Portuguesa de Ciclismo (Portugal), CEIPES (Italy), SZC - Slovensky Zvaz Cyklistiky (Slovakia) and Malta Street Sports Association (Malta).Project "Training to Win" is co-funded by European Union.

BMX: The team of Latvia of the project “Training to Win” continues to work 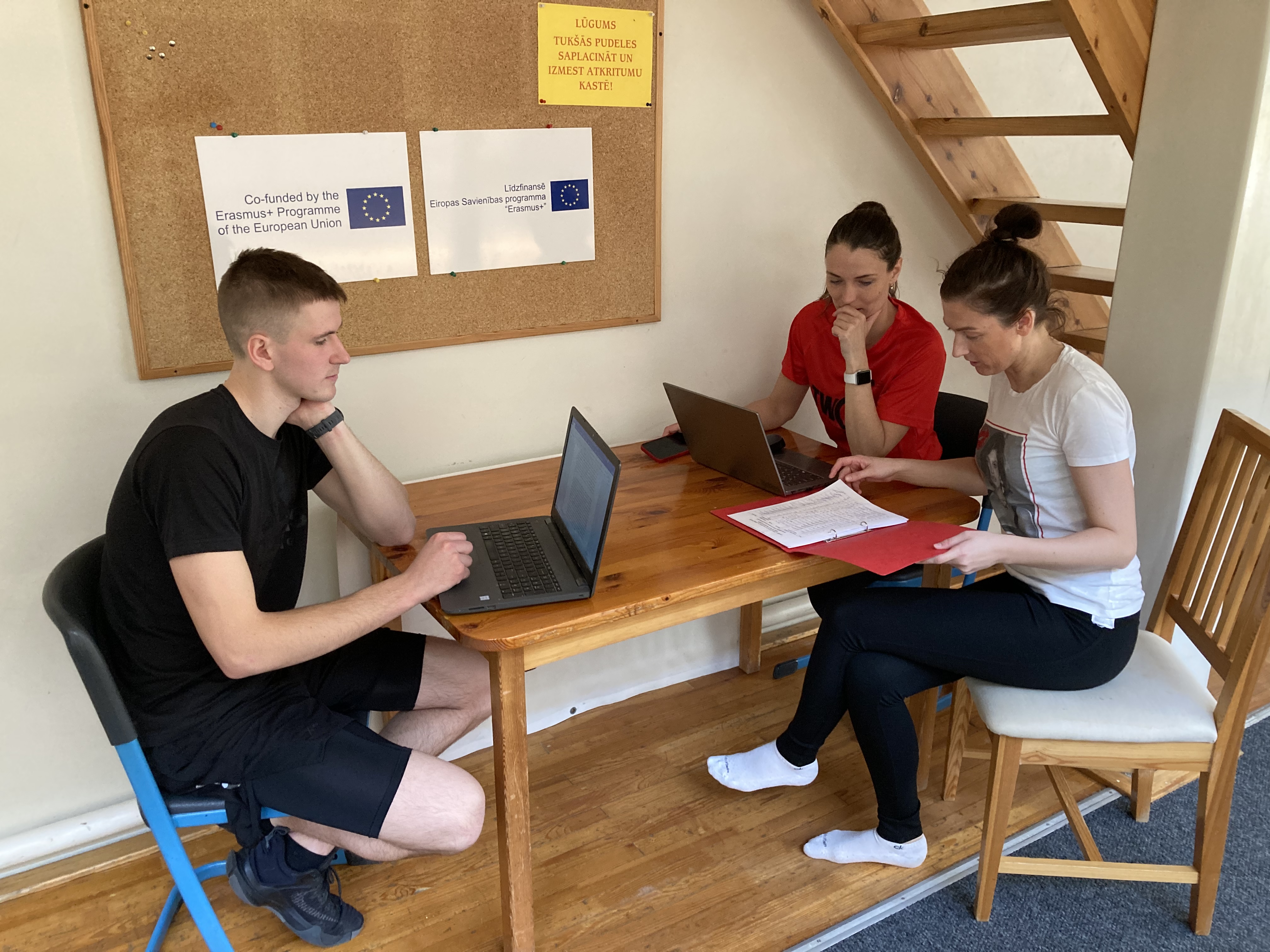 Although only the calendar tells about the beginning of the summer, not the weather outside the window, the Latvian team of the BMX project "Training to Win" continues to be active On May 27, during the meeting of LSIIDP representatives Sandija Zalupe and Līva Tauriņa, as well as Smiltene Children's and Youth Sports School coach Renārs Auga, the achievements of the project so far were discussed, as well as work on the development of the BMX coach training program was continued. Representatives from each Member State work on their own training program topics. Our team is responsible for "Improving the start-up technique", "BMX competitions" and "BMX season planning" and developing the training methodology.

The training program will serve as a guide for BMX trainers, providing both theoretical knowledge and practical solutions in photo and video format during training and competitions. The aim of the project is to promote education in sport, with a special focus on the development of the skills needed for BMX sport and the training of coaches to improve the safety of sporting careers and young athletes.

Project "Training to Win" is co-funded by European Union. 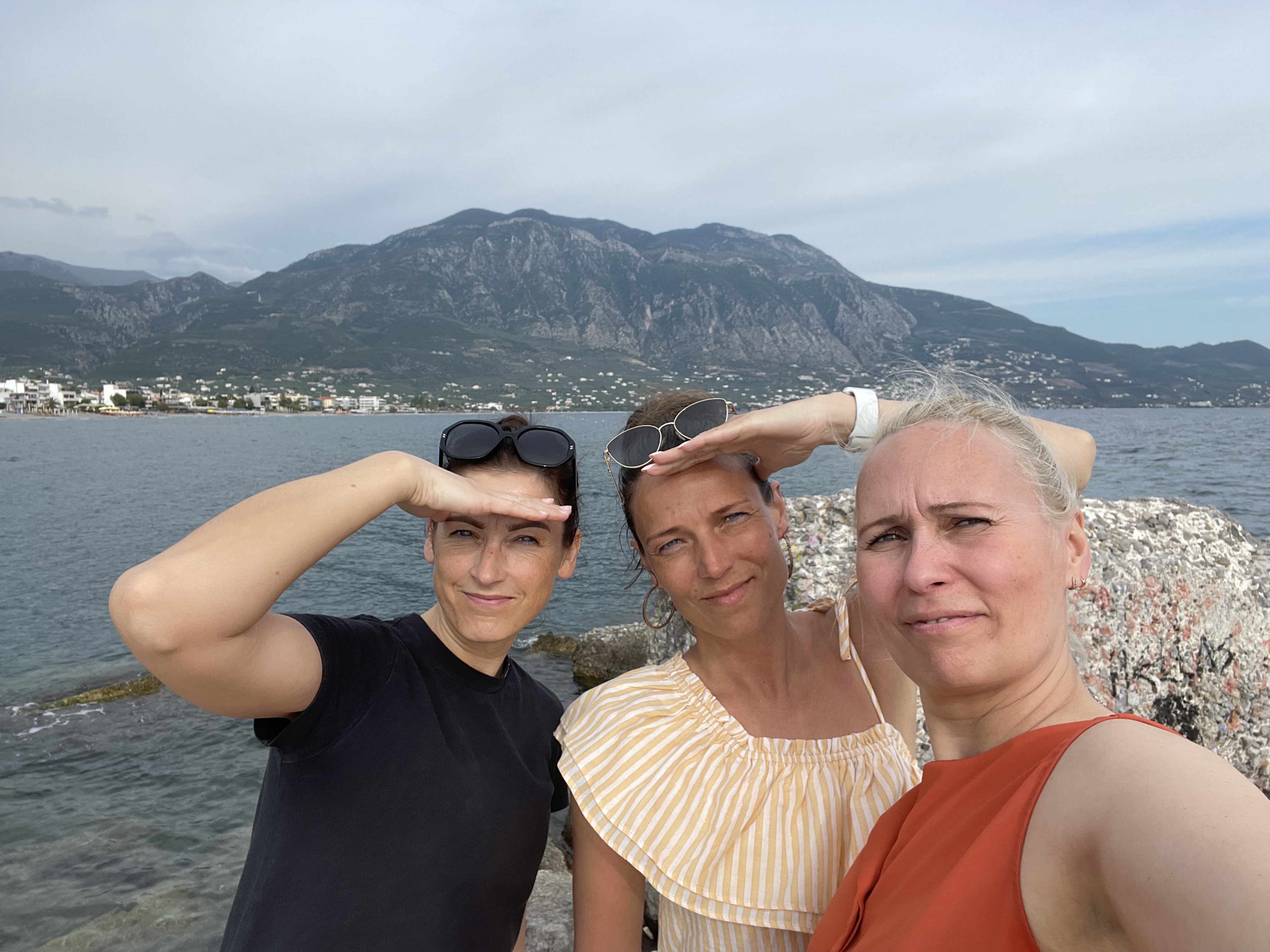 Looking back on the Erasmus+ Sports project, we have not only something to share, but also unforgettable memories with new friends from four countries - Romania, Greece, France and Spain. Towards the end of the project, we wish to once again express our gratitude to the leading partner from Romania - the Scout Society, but most of all to Alexandra and Ciprian - we have gained a lot, found out and learned a lot. For example, due to the limitations of covid and the activities of the project, we learned to organize remote sports competitions, which was the only option to fulfill the promise and reach at least 160 participants.

Just a small part of our work can be seen in the project brochure: 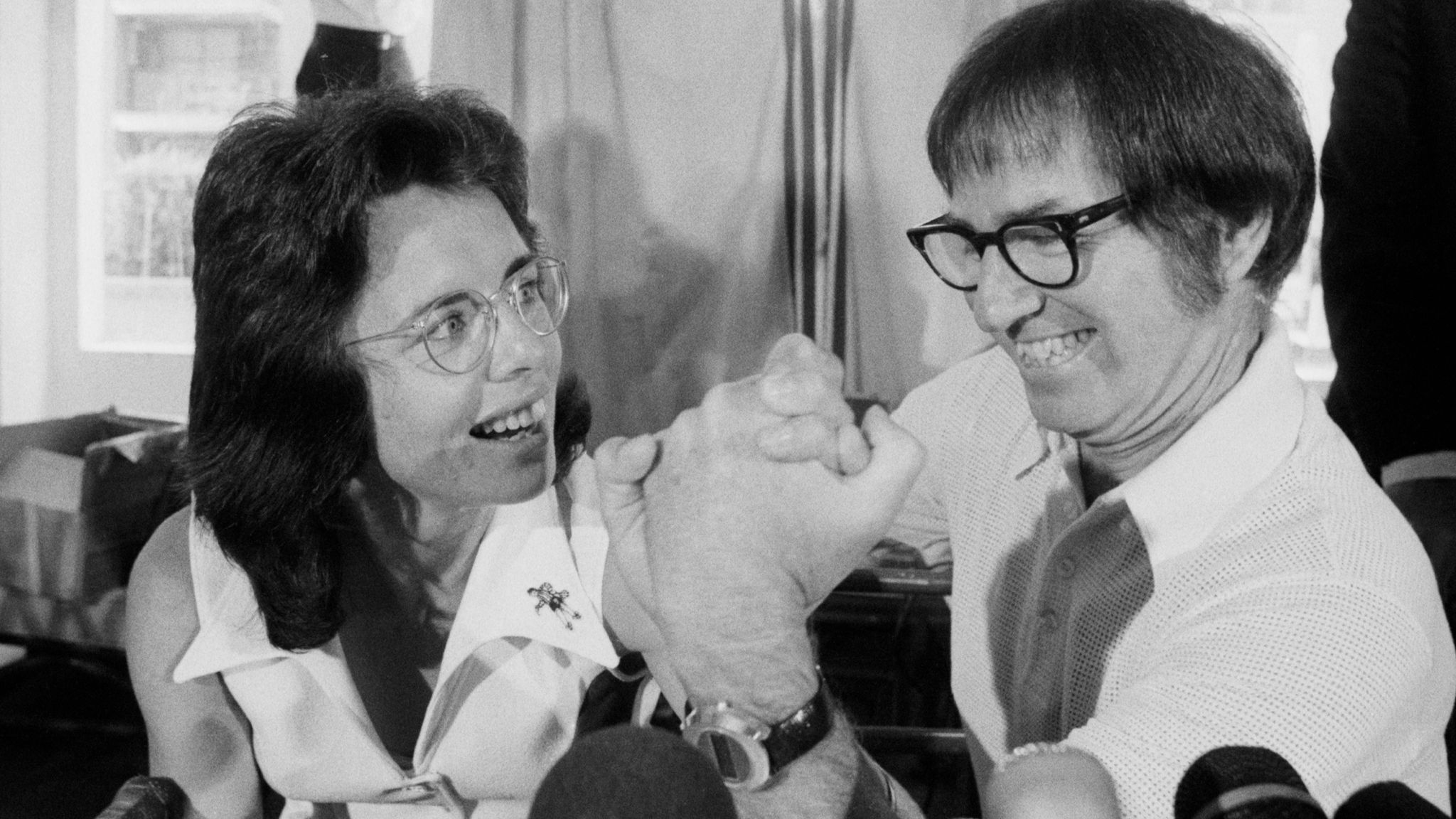 In 1973, pros Billy Jean King and Bobby Riggs faced off in a tennis game that became known as the famous “The Battle of the Sexes.” Fifty million people in the U.S. and 90 million worldwide watched 29-year-old King play against 55-year-old Riggs at the Houston Astrodome. King made a stunning comeback after falling behind during the first set. She won all three sets, winning 6 to 3 in the third set.

King went on to lead the fight for women’s equality in tennis, forcing the U.S. Open to pay equal prize money for women as far back as 1973. This was an incredible achievement, especially when you consider that Wimbledon and Roland-Garros didn’t offer equal prizes until well into the next century. Fellow tennis legend Martina Navratilova summed up King’s contribution when she described her as “a crusader fighting a battle for all of us.

Karsten Braasch vs the Williams Sisters

During the 1998 Australian Open, sisters Serena and Venus Williams boasted that they could beat any man ranked outside the world’s top 200. The challenge was accepted by Karsten Braasch, a German player ranked No 203 (his highest ranking was No 38).
He defeated Serena, 6-1, and Venus, 6-2. Serena said afterwards “I didn’t know it would be that hard. I hit shots that would have been winners on the women’s tour and he got to them easily.

Danica Patrick is not only considered the most successful woman in the history of American car racing. Stock car racing since her youth, Patrick won the Indy Japan 300 in 2008, becoming the first and only woman to win an IndyCar Series race. In 2009, Patrick placed third in the Indianapolis 500 and marked the highest finish by a female driver in that race. In 2013, she became the first female NASCAR driver to take a NASCAR Sprint Cup Series.

Carissa Moore has won several women’s competitions, but her most important victory came in 2007 when she won the Quicksilver King of the Groms event against male competitors. In 2011, Moore was the first female to earn a wild card entry spot into the Men’s Triple Crown of Surfing.

Moore has also inducted into the Surfers’ Hall of Fame.

Surfing is another sport that has helped lift gender barriers. The World Surf League is the first US-based global sporting league to offer equal pay to male and female competitors. Surfing will also make an Olympic debut at Tokyo 2020.