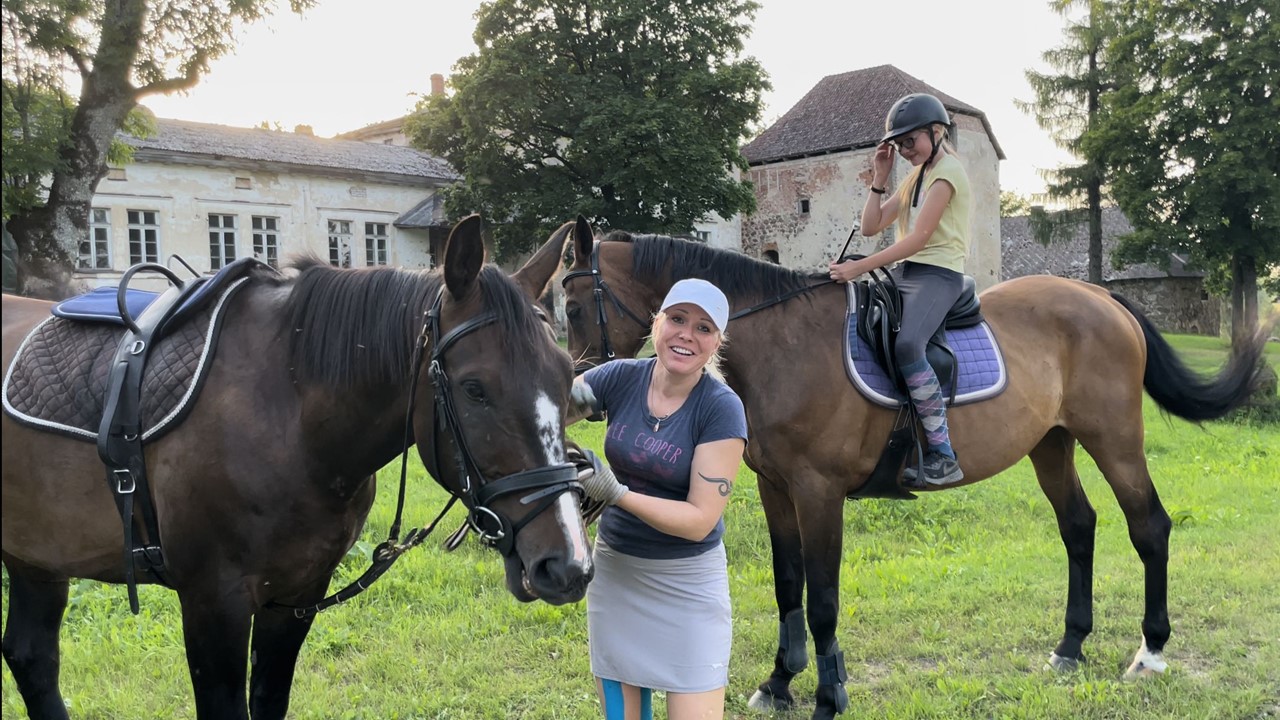 Interview with a horse rider Agnese Bērziņa. Participants of the interview:

Zingo the Beautiful – a senior horse of 21 year of age

Kantoss – a junior horse of 5 years of age

Agnese Bērziņa is riding a horse for 10 years now and having started as an amateur grew to horse riding competitions and later became the first coach of her daughter Melānija – for 5 years, who almost grew up in a stable from age 4. When Melānija obtained the basic elements of horse riding and grew up to jumping hurdles, she moved to a professional coach and is still practicing under one of the best equestrian coaches of Latvia. Melānija is still riding the senior horse Zingo and jumping hurdles up to 80cm even though Zingo for the past years has arthritis and can carry only a very light weight.

Horse riding or equestrian sports is a unique sports and the only Olympic sports where men and women compete together on equal rules. Being asked if it is really equal for both genders to compete on equal basis, Agnese mentioned that a very good example is the World Cup (Riga stage), where only two women had qualified to the final among the rest of the men. This shows that there are differences in bodybuilding of men and women and even though it is important to make a team with the horse and have a good contact, strength which by nature men have more, is also a crucial factor in competing and winning. And cutting a long story short and summing all up, Agnese added that it does not seem on equal basis for both genders. 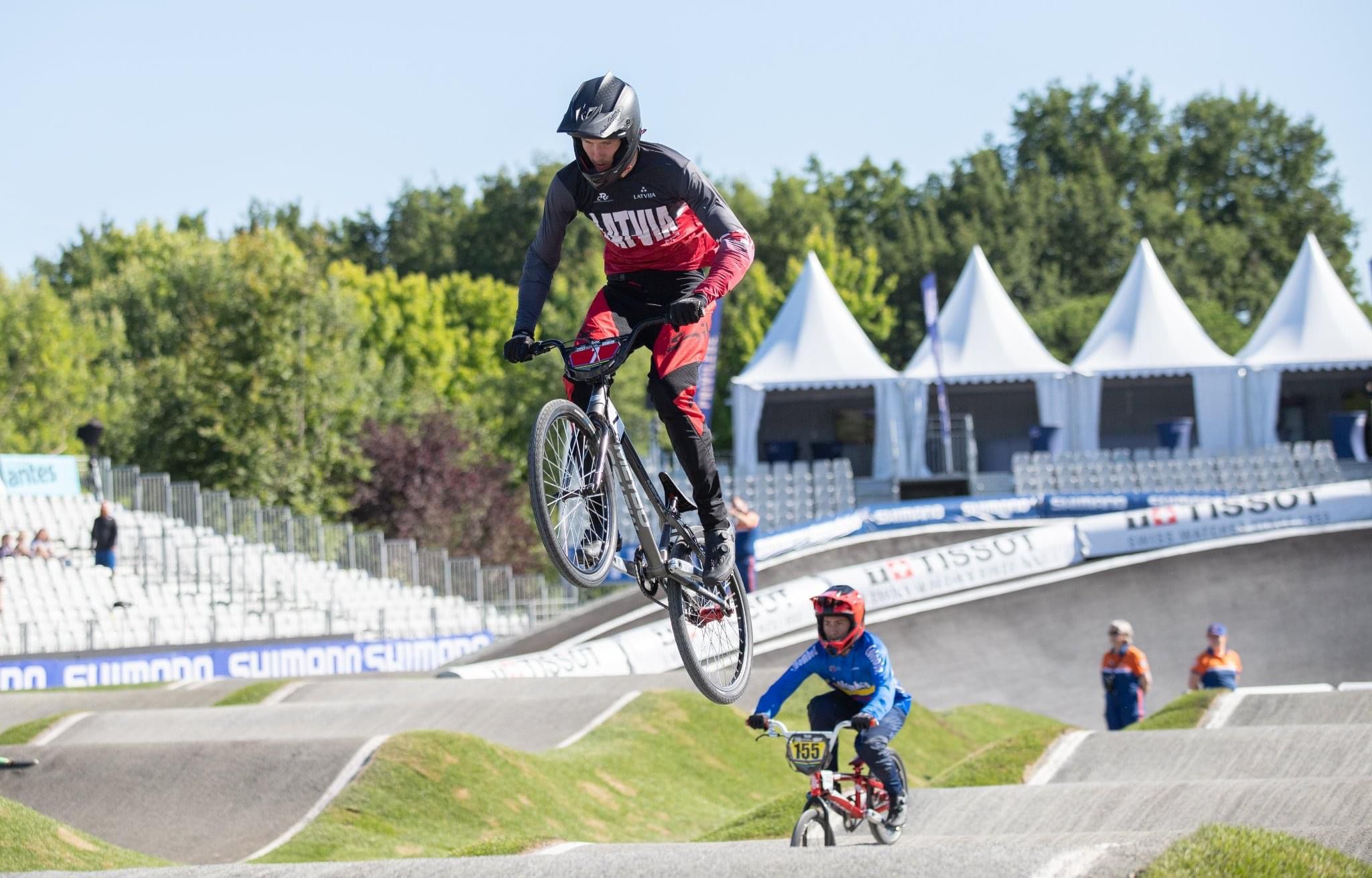 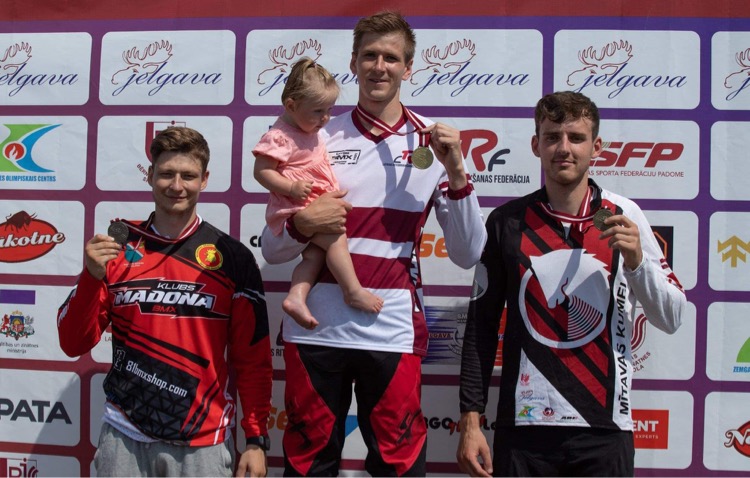 BMX rider and ambassador of the project Training to WIN Renārs Auga pleases again and again with victory, this time - at the Latvian BMX Championship in Jelgava. Another victory of Renars confirms that the idea of the project to develop the skills of BMX riders, professional development and at the same time acquiring education is in the safe hands of an outstanding athlete. 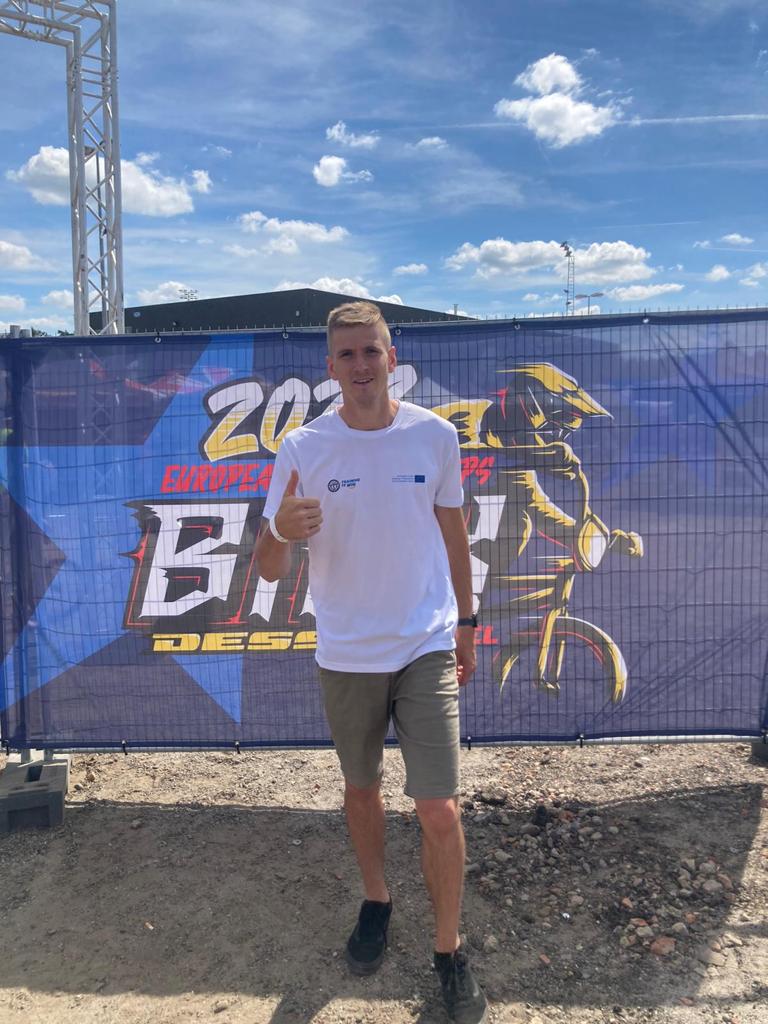